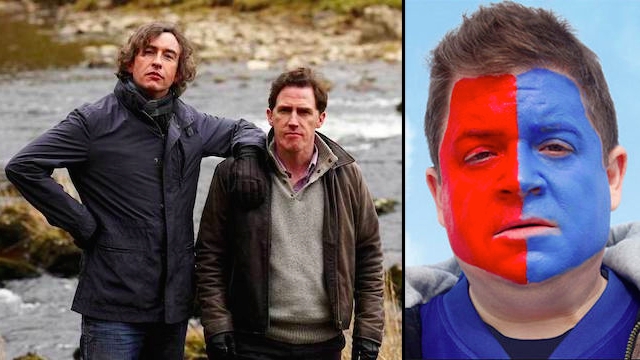 As adorable as he was voicing Remy, the rat with culinary ambitions in Ratatouille, Patton Oswalt is equally as offputting as the die-hard New York Giants fan Paul Aufiero in Big Fan. When he's not arranging his life around the NFL schedule, he's spending his time calling into local sports radio stations—the only place he's something of a respected voice instead of a sad creep. When he inadvertently finds himself at the center of a scandal involving a crucial Giants player, his life begins to unravel, and Oswalt plays the breakdown brilliantly. Also starring well-known character actors Kevin Corrigan and Michael Rappaport, Big Fan is an underdog story where you kind of don't want to root for anyone, but it's compelling, and hey, it's always a treat to see underused actors take center stage.

Watch The Trip on Netflix

Originally airing as a miniseries in the UK, director Michael Winterbottom recut The Trip into a feature length film with smashing results. Reteaming with his Tristram Shandy stars Rob Brydon and Steve Coogan (who also starred in Winterbottom's 24 Hour Party People) playing fictionalized versions of themselves, Winterbottom coaxes out deep levels of existential angst and then mashes them up with hilarious improvisational banter. It's a treat to watch two of Britain's funniest men taking on topics that run the gamut from Michael Caine's accent and barbarian hoardes to growing older and moving on, and The Trip revels in every moment of it.