Knock at the Cabin

While vacationing, a girl and her parents are taken hostage by armed strangers who demand that the family make a choice to avert the apocalypse. M. Night Shyamalan directs this psychological action thriller.

Phase Five of the Marvel Cinematic Universe saga kicks off with the third film of the Ant-Man series on February 16th. Pre-order your tickets now via Atom Tickets.

The tale of a woman coming to terms with the fact that her relationship is toxic and abusive. On a weekend getaway, her friends intervene which leads Alice to see her world for what it is and a future that is brighter.

After Tom and Darcy plan an extravagant destination wedding, a gang of criminals hijacks the event, ruining the best night of their lives. Facing this life or death scenario, the couple works together to protect their families.

The drama centers on a group of women living in a secluded religious community. After experiencing a series of domestic and sexual abuse incidents, the women must confront the men who hurt them and endure the consequences of the choices they make.

On the heels of a heart-wrenching familial loss, a gifted robotics engineer makes it her life's work to develop a sophisticated, lifelike artificial intelligence doll. At first, her invention seems to be the ideal companion for a young girl until the doll begins to develop its own sense of self, with sinister consequences.

Written and directed by Oscar-winning filmmaker Damien Chazelle, the drama charts the highs and lows of the early Hollywood era in the 1920s. As sound finally enters the filmmaking scene, actors and directors lead passionate, risky projects to produce the next significant success.

On the distant planet Pandora, former military recruit Jake Sully lives a harmonious life with his partner, Neytiri and their young family. Yet their way of life comes under threat when former foes return in force to Pandora, eager to seek revenge after the revolution Jake himself led years ago.

Consider supporting AllMovie and improving your browsing experience by becoming a subscriber.
« »

All Movies in Theaters

Knock at the Cabin

Ant-Man and the Wasp: Quantumania

Now Playing in Theaters Near You

Check out the latest movies now playing in theaters on AllMovie. Browse showtimes of theaters near you and buy movie tickets.

Beloved for her role as the fussy Shirley Feeney (companion to the rough-edged Laverne DeFazio) on the popular shows Happy Days and Laverne and Shirley, Williams also starred in films as Ron Howard's girlfriend in American Graffiti (1973) and as a highly unlikely murderess in The Conversation (1974), as well as co-producing the two Father of the Bride movies of the 1990s 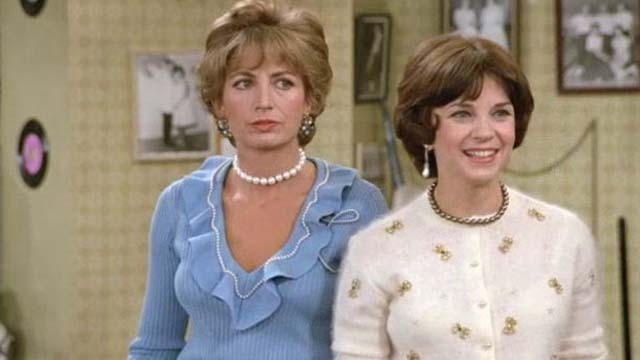 Puss in Boots: The Last Wish
Family-Oriented Adventure
$8.0 million
BTS: Yet to Come in Cinemas
$6.3 million

Whitney Houston: I Wanna Dance With Somebody

Staff Pick of the Day

Cartoonist Savage Steve Holland made his directorial debut with this acid comedy about a going-nowhere hamburger flipper and his run of bad luck. Its gleefully twisted tone, exemplified by a goofy suicide attempt, made it a minor quotable classic to a generation of young anti-authoritarian filmgoers. In one of his earliest roles, Cusack wears his expression of hangdog gloom with real comic sensibility, and the succession of miserable people and events that enter his life warrant every last frown and sigh.