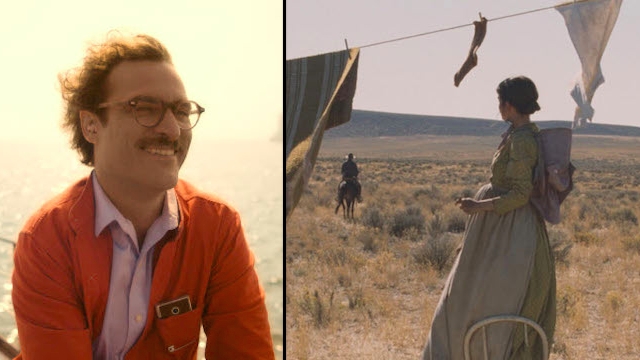 Back in March, I recommended checking out director Kelly Reichardt's intimate drama Wendy and Lucy. This week, why not check out her second collaboration with Michelle Williams, 2010's Meek's Cutoff? This spare period drama looks at the life and death stakes of western expansion in the mid-19th century. It's a typically tense film from the indie director, who manages to turn the wide open spaces of Oregon's Cascade Mountains into a claustrophic nightmare.

Watch Her on Amazon Instant Video

I have to admit that I am an unabashed fan of this futuristic love story from director Spike Jonze. Joaquin Phoenix, normally one for gently chewing the scenery, turns in a beautiful, understated performance as Theodore Twombley, the isolated writer who falls in love with his artificially intelligent personal assistant, an operating system who calls herself Samantha (voiced by Scarlett Johansson). By turns sad, delightful, and enlightening, Her is a fully-realized vision of the future, and a tough examination of modern relationships.


Leah E. Friedman is the managing editor of AllMovie. She went to the same high school as Jane Fonda.