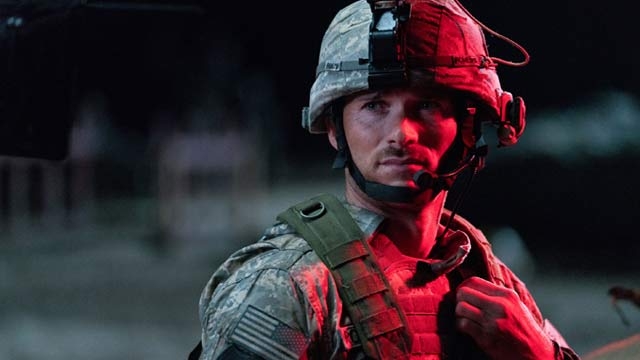 Jake Tapper’s non-fiction book, The Outpost: An Untold Story of American Valor, is brought to life by director Rod Lurie (The Contender) and screenwriters Paul Tamasy (Patriots Day) and Eric Johnson (The Finest Hours). The excellent scripting, inspired direction, and brilliant camera work combine to bring the audience into the stark reality of a no-win situation turned somber victory.

US Army Outpost Keating, located in Kamdesh, Afghanistan, is vital for the outreach to locals in the battle against the Taliban. But it is also in an indefensible position, and ultimately scheduled to be dismantled. Before this can happen, missteps with the locals lead to a major assault on the outpost. Through leadership and courage, Keating is defended at the cost of eight American soldiers and resulting in the death of an estimated 150 Taliban fighters.

Johnson’s script doesn’t hesitate to show the combat soldier’s day-to-day life, from the aggressive camaraderie among those that do and don’t get along, to the unusual and occasionally obscene ways they get by in such a stressful environment. It doesn’t cut any corners in showing the dangers of living in such a zone, from daily sniper attacks to tenuous relationships with the allies and tribal elders. Lurie steps into the script with full gusto, translating it into a realistic, sometimes hard-to-watch world that so many troops live every day. He doesn’t spend excess time promoting any particular character. Instead, he creates a genuine feel that these men are a band of brothers.

The actors show a great deal of respect to the fact that these are real men. Each actor could just as easily have been active-duty US Army because they fold so well into their roles. Scott Eastwood does a good job as Staff Sergeant Clinton Romesha, but the standout is Caleb Landry Jones. Much like the real Staff Sergeant Ty Carter, he goes above and beyond the call of duty in a spectacular portrayal of the Medal of Honor winner. Also worth noting is that, in an act of both valor and honor to those who died, SPC Daniel Rodriguez relived the battle by portraying himself in the film.

The camera work leaves absolutely nothing to the imagination, creating a fully immersive world that is sometimes frenzied as the battle unfolds. Moving from one location to another and showing individual groups as they try to get a handle on the situation could quickly lose the audience. But Lorenzo Senatore has a full grip on the cinematographer’s job, keeping the action controlled and easy to follow.

As the film closes, we see the service awards that the heroes of this battle received. While the credits are rolling, the eight fallen soldiers are depicted beside the actors who portrayed them. This is another instance of just how much respect everyone involved in the production holds for those involved.

The Outpost might have scenes that are too violent for some viewers. Still, it is an honest, gritty, and sometimes disturbing portrayal of events that might otherwise fade into the obscurity of war archives. The memory should never be lost – both to avoid the mistakes that were made from a military standpoint and for each man that was at Keating that day.