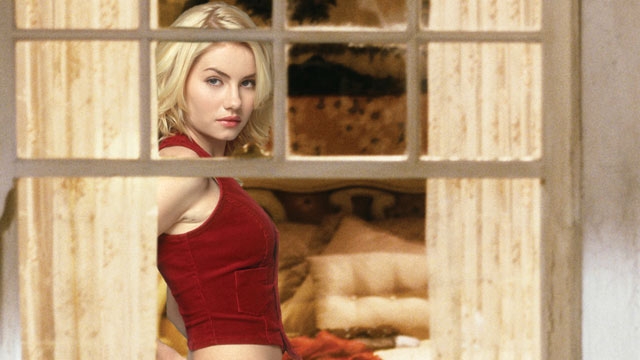 By AllMovie Staff
These are the movies that taught us everything we wanted to know about sex (but were afraid to ask).

Sadomasochism provides the backdrop for a very unusual employer/employee relationship in this very offbeat romantic drama from filmmaker Steven Shainberg. Lee Holloway is a shy young woman, who, after a brief spell in a mental institution, is hired as a secretary by E. Edward Grey, a grim and ruthlessly efficient attorney. While Grey often criticizes Lee, she seems to thrive on his abuse, but one day he crosses a line...

Everything You Always Wanted to Know About Sex, But Were Afraid to Ask (1972)

Woody Allen's in-name-only adaptation of the once notorious sexual reference guide by Dr. David Reuben contains seven episodes based on "helpful" questions answered in the book. The best rank with the funniest moments of Allen's career, especially Gene Wilder's touching romance with the sheep ("I think we can make this work, Daisy") and the final sequence inside the male body.

A New York headhunter enters into a no-strings-attached relationship with her latest client, but finds things getting unexpectedly complicated when emotions enter the picture. Snappy, clever, and refreshingly contemporary.

Many teen comedies of the 1980s and 1990s tried to imitate the verve and nerve of Fast Times at Ridgemont High, but few succeeded. A gabfest about sex, school, and status, it' a film that is emblematic of an era.

Matthew Kidman is a straight-laced and highly ambitious high school student who plans to study at Georgetown University and dreams of a career in politics. While most of his classmates are in the throes of an epidemic of senioritis, Matthew is obsessed with schoolwork and has a hard time relaxing and having fun. But he finds himself a bit less focused on his future career when Danielle, a beautiful 19-year-old blonde, moves in next door.

Ian has just turned 18, and he feels like the last American virgin. He works at the mall donut shop, he's taunted by his womanizing older brother, Rex, and he's even losing ladies to his 14-year-old brother. In a stunning turn of events, Ian manages to chat up a beautiful blonde named Ms. Tasty, who's eager to be his first. The only thing preventing them from consummating their relationship now is the distance between them; Ian lives in Chicago and Ms. Tasty lives 500 miles away in Knoxville.

Their debts mounting as their bank accounts dry up, longtime friends Zack and Miri plot to solve all their financial problems by making an adult film with movie geek appeal. When the time comes for Zack and Miri to shoot their first scene together, however, unexpected emotions start to bubble to the surface, prompting them both to wonder if they've somehow mistaken true love for mere friendship all these years.