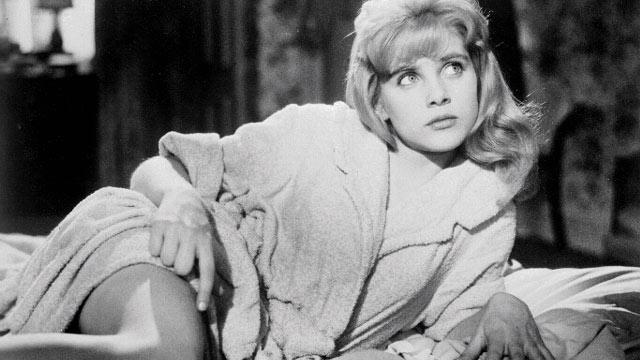 By AllMovie Staff
Beware of sinister teenage girls that have ulterior motives!

Poison Ivy is essentially a more dramatic and over the top Lolita set in the early nineties with Drew Barrymore.

The Crush is a psychological thriller wherein a young man is the object of the obsession of a mentally unbalanced young girl. Alicia Silverston and Cary Elwes star

Natalie Portman stars as 12 year old Mathilda, a recently turned orphan that starts a friendship with a professional hitman in order to survive the attacks of a psychotic DEA agent.

A loose adaptation of Choderlos De Laclos' 1782 novel Les Liaissons Dangereuses, Cruel Intentions revamps the story by moving it to the United States in the late 1990's and revising the context from royal romantic intrigue to teenage treachery among the filthy rich.

A teenage girl agrees to meet a thirtysomething fashion photographer in person after becoming acquainted with him in an online chat room, and the resulting encounter finds the line between predator and prey slipping slowly out of focus in director David Slade's provocative and topical thriller.

In Florida, social-climbing guidance councillor Sam is indifferent to teen-socialite Kelly, who retaliates by accusing him of rape. Sandra, Kelly's mother, hires a platoon of big-wig lawyers to prosecute Sam.

One of the "popular girls" decides to put her mean streak to work in this black comedy. Evan Rachel Wood, Ron Livingston and James Woods star.

In this black comedy, 16-year-old sleazy runaway Dedee goes to her gay half-brother Bill for help. After Dedee seduces his lover Matt and claims to be pregnant, things get worse when Matt and Dedee run off to L.A. with Bill's savings, and Bill is accused of molesting a former student.