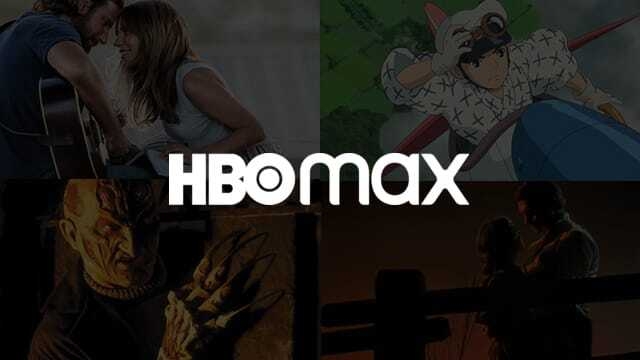 By Chris Steffen
The latest entry in the streaming wars debuted today, with HBO Max making its long-awaited bow. Based around the HBO film library, the service also made waves for bringing in the collections of Studio Ghibli, DC Comics, Turner Classic Movies, the Harry Potter franchise, and selections from the Criterion Collection. So while there's a lot of familiar HBO and regular rotation content in the service, there are also some unfamiliar new entries, deep cuts, and old friends that are worth exploring.

The Tree of Life

One of the most hotly-anticipated films in the art house world in the early 2010s, Terrence Malick's fifth movie delivered on a scale that felt nearly unprecedented. He returned to Texas, where he grew up and where he set Days of Heaven, for an impressionistic look at the formative years of a young boy growing up in post-World War II suburbia, interspersed with nothing less than the creation of the universe and contemplation of the worlds within. Some could call it pretentious nonsense, but if you're wired in such a way to be receptive to Malick's sweeping vision, it can be rapturous.

All three of James Dean's starring features are on HBO Max, but we're going to focus on East of Eden, based on a novel by John Steinbeck and featuring one of Dean's most wounded, yearning performances. Packed with messy family drama and beautiful shots of northern coastal California, East of Eden was the only one of Dean's three main films released during his lifetime.

Before meta-narratives became one of the default modes of modern horror movies, Wes Craven gave things a twist by letting his Nightmare on Elm Street franchise -- which was long in the tooth by 1994 -- fold in on itself, allowing Freddy Krueger to exist in a world in which the movies about him also exist, allowing for all sorts of bloody shenanigans. Craven would later run with this idea further in the Scream franchise, which launched two years later. Now everyone from The Cabin in the Woods to Human Centipede 2 has made a self-referential horror movie.

Part of the original hoopla surrounding the launch of HBO Max was that the venerated Studio Ghibli catalog would be streaming for the first time. Classics like Spirited Away and My Neighbor Totoro are certainly worth discovering or revisiting, but don't skimp on the studio's more recent output, particularly When Marnie Was There and The Wind Rises. Both are significantly less fantastical than other Ghibli efforts, but lushly animated with just as much care and prove that the studio can also tell grounded, human stories in just as compelling a fashion.


Gone With the Wind

There's long been talk of removing Gone With the Wind from the American film canon, and while aspects of the film are certainly retrograde to modern eyes, there's always going to be a soft spot for a grandiose, sweeping epic, and along with The Ten Commandments and Ben Hur, this is certainly on the A-list. It's still the top-grossing movie of all time when adjusted for inflation, and still makes for absorbing viewing.

Before he got imported to America and teamed up with Chris Tucker, Jennifer Love Hewitt, and Owen Wilson, Jackie Chan was directing his own films in Hong Kong. By many estimations, the first entry in the Police Story franchise is his most exciting, featuring car chases through hillside shantytowns, an incredible sequence involving a bus and an umbrella, and the all-time classic final showdown in a shopping mall.

They told her she was box office poison and that her career was finished, but Joan Crawford soldiered on and landed her greatest triumph with Mildred Pierce, the movie that won her an Oscar and solidified the stoic, ambitious persona that would define her. It was her first starring role for Warner Bros. after leaving MGM, and set her on the path to star in future gems Daisy Kenyon, Sudden Fear, Johnny Guitar.

One of the only films released under the Moviepass banner, American Animals tells the true story of four men who decided to steal rare books from a college library's collection to sell on the black market. The action frequently hops between the narrative and recollections of the participants, and the cast features standout performers Barry Keoghan, Blake Jenner, Udo Kier, and Ann Dowd. It didn't do much business when it came out in 2018, but it's a fun little heist thriller that sets aside the genre's usual glamour and replaces it with sweaty confusion and jumbled nerves.

All 4 Versions of A Star is Born

Crack your knuckles and get ready for a doozy of a quarantined rainy day by seeing how many versions of the oft-retold story of A Star Is Born you can make it through consecutively. Although the film's earliest incarnation, What Price Hollywood?, isn't here, director George Cukor's later remake of his own movie, starring Judy Garland and James Mason, is available, along with the 1937 version, the 1976 Streisand/Kristofferson debacle, and the intense and meme-spawning 2018 iteration, directed by Bradley Cooper and starring Lady Gaga.