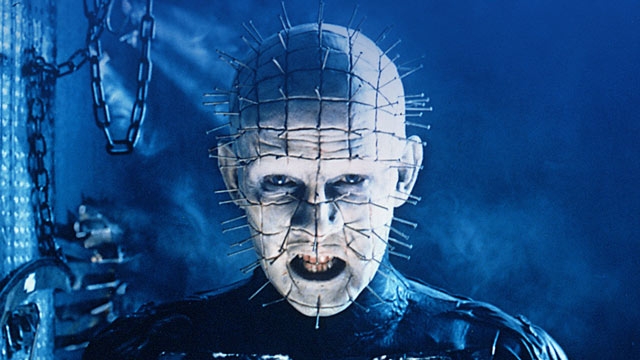 By AllMovie Staff
These are the psychos, killers, and crazies that haunt our nightmares thanks to their brutal disregard for human life.

Two American college girls become the subjects of a sadistic medical experiment while on a road trip across Europe. Invited to a party by a handsome waiter, Jenny and Lindsay are en route to the festivities when their car breaks down in the middle of nowhere.

An unnerving horror film about a widowed TV producer auditioning prospective wives. In his search, one candidate particularly stands out, a lovely ex-ballerina dressed in white. The widower cannot believe his good fortune, until he starts looking more closely at his potential bride-to-be.

With wife Wendy and psychic son Danny in tow, frustrated writer Jack Torrance takes a job as the winter caretaker at the opulently ominous, mountain-locked Overlook Hotel so that he can write in peace. Wendy soon discovers what Jack has really been doing in his study all day, and what the hotel has done to Jack.

Batman comes face to face with his greatest nemesis -- the dreaded Joker. Just as it begins to appear as if Batman, Lt. James Gordon and DA Harvey Dent are making headway in their tireless battle against the criminal element, a maniacal, wisecracking fiend plunges the streets of Gotham City into complete chaos.

A group of hardened Nazi killers stalk their prey in Nazi-occupied France as a Jewish cinema owner plots to take down top-ranking SS officers during the official premiere of a high-profile German propaganda film. As far as Lt. Aldo Raine (aka Aldo the Apache) -- is concerned, the only good Nazi is a dead Nazi.

One of the most disturbing and terrifying examinations of mass murderers ever filmed. Loosely based on the story of confessed murderer Henry Lee Lucas, the film follows Henry as he selects innocent victims--occasionally with his roommate Otis -- and kills them, capturing their murder on videotape.

The movie is a brilliant good-and-evil parable, with "good" represented by a couple of farm kids and a pious old lady, and "evil" literally in the hands of a posturing psychopath.

The film opens with a chilling prologue in which pervert Frank -- a connoisseur of sexual depravity -- purchases a small, intricate puzzle box from an unseen dealer in an unspecified country. Upon solving the puzzle, Frank opens the door to a hellish alternate universe and is promptly torn to ribbons by a network of hooks and chains; his strewn body parts are subsequently collected by the Cenobites -- grotesque, S & M-clad denizens of hell.