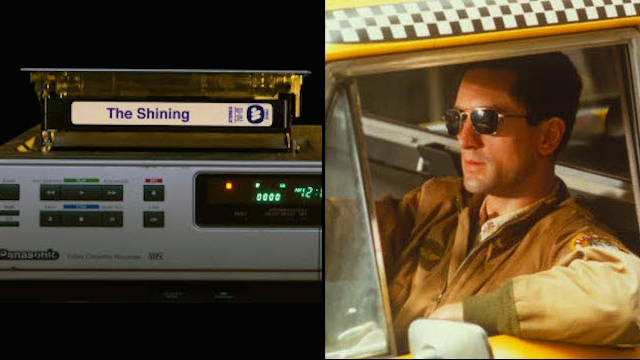 Taxi Driver is one of the standout pieces of the New Hollywood movement that ran through cinema from the late 1960s to the early '80s. The Manhattan we see in it is in late-stage entropy, laden with grit, grime, and graffiti—a perfect symbol for the unstable main character, ex-marine Travis Bickle (Robert De Niro). This Paul Schrader-penned, Martin Scorcese-directed film that produced cultural/societal shockwaves lasting years into the future (Jodie Foster's character was the... inspiration for John Hinckley's assassination attempt on Ronald Reagan) is now available for free on Crackle. You have no excuse.

After Taxi Driver, you're probably deep into the New American movement, so why not try and deconstruct another landmark feature with Room 237: a documentary looking at the conspiracy theories surrounding Stanley Kubrick's The Shining? Director Rodney Ascher explores them all (it's an allegory for the slaughter of Native Americans! Wait, no! It's about how Kubrick helped fake the 1969 moon landing! Or maybe it's about the Holocaust!) It's a fascinating examination of a fairly inscrutable film—and hey, you need to take a break and relax a little. Watch a movie. We all know what happens when it's all work and no play.


Leah E. Friedman is the managing editor of AllMovie. She saw The Simpsons satire of The Shining when she was 10 and laughed at all the jokes despite not getting them.