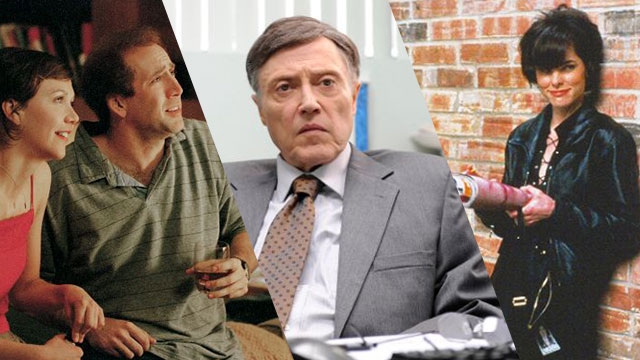 With the shuttering of FilmStruck last November and an uncertain future ahead for Fandor, it’s been a rough stretch for discerning movie fans looking for something beyond Bird Box. And while there are certainly some worthwhile options to be had on Netflix (The Other Side of the Wind, Happy as Lazzaro, Roma) and Hulu (Annihilation, Support the Girls, Skate Kitchen), there’s plenty of quality viewing available even for the penny-pinchers among us.

Over the holidays I dug into several of the prominent free (often ad-supported) streaming services to search for diamonds in the rough. Many of these sites are overflowing with sometimes-endearing schlock (Cruel Intentions 2 on Crackle, starring Amy Adams), which can make for a fun night with friends, but if you’re looking for something with a touch more artistic value, here are some free options. All of these services have apps available on numerous devices.

Tubi has leapt out as one of the most diverse platforms in the free space, and might take the prize for the most quality content in terms of foreign and award-winning films. Hirokazu Kore-eda’s Shoplifters won the Palme d’Or at Cannes last year, and his film I Wish is available here, as are Burning director Lee Chang-dong’s Oasis, Poetry, Peppermint Candy, and A Brand New Life.

Director Panos Cosmatos made waves last year with the Nicolas Cage comic nightmare Mandy, and his similarly-dark Beyond the Black Rainbow has made it to Tubi, along with the equally-disturbing (for very different reasons) Dark Horse by Todd Solondz. There’s also a few classics sprinkled in, like the fast-talking newspaper comedy His Girl Friday and the recently-resurgent noir Detour.

Vudu is Wal-Mart’s rental platform, which also hosts an extensive, rotating selection of free films. Currently of note are the Spike Jonze/Charlie Kaufman collaboration Adaptation, which is notable on many levels, not the least of which is seeing Tilda Swinton play the most “normal” character of her career. There’s also the Zapata western A Bullet for the General, starring Klaus Kinski (more on him later), and the 1998 German art house sensation Run Lola Run. And for Richard Linklater completists out there, it’s the only place to freely stream his little-loved but certainly curious SubUrbia.

Shout Factory TV might be the most curious of all the platforms, as they don’t even want you to create an account, and the films run uninterrupted. MST3K fans are likely already familiar with the service, but there’s a lot beyond bad sci-fi here, including the entirety of Shout Factory’s Werner Herzog box set, which features his classics Fitzcarraldo and Aguirre, the Wrath of God. There’s also the Gene Hackman conspiracy thriller The Domino Principle and the wild The Stunt Man, starring Peter O’Toole as an eccentric film director seeking authenticity.

Crackle was one of the first platforms in the free movie space, but fell off my radar when its focus turned to Joe Dirt 2 and Comedians in Cars Getting Coffee. But after stopping by recently to revel in the agonizing delights of the aforementioned Cruel Intentions 2, a few nuggets revealed themselves to be lingering on the Sony-backed service. They have the first four films in the Alien franchise, which aren’t streaming anywhere else, as well as the underrated and unnerving The Exorcist 3. There’s also a small but devoted core of fans who will loudly defend Ang Lee’s Billy Lynn’s Long Halftime Walk from 2017, and it’s the only free site to stream Ryan Gosling’s explosive performance in Drive.