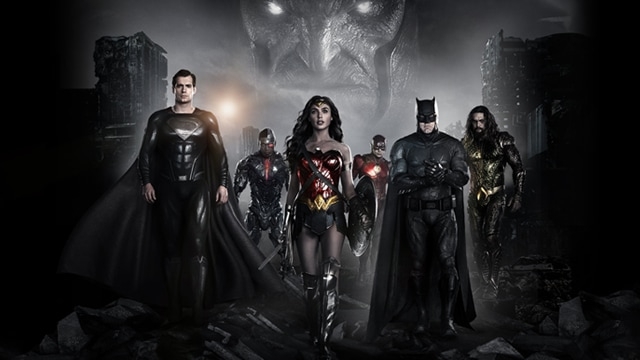 Four years after the release of Joss Whedon's poorly received version of Justice League, Zack Snyder is back in creative control of the entire film. The addition of two hours of supplemental footage provides the public with a much more cohesive story than the original. The characters are more developed, and the concept is well-rounded and complete, providing a better overall experience for the viewer.

Superman (Henry Cavill) is dead, leaving Batman (Ben Affleck) to gather a team of warriors to fight the impending external threat of Steppenwolf (Ciarán Hinds) and his master Darkseid (Ray Porter), whose attentions have turned to Earth now that Superman is gone. With the aid of Wonder Woman (Gal Gadot), Batman manages to gather three more reluctant heroes – Cyborg (Ray Fisher), The Flash (Ezra Miller), and Aquaman (Jason Momoa). Together, they might have the capability of preventing the Earth from being ravaged. But they will have to overcome personal demons, old prejudices, and self-doubts if they are ever to have a chance of defeating the hordes of parademons accompanying Steppenwolf. Even if they do, the five of them still might not be enough.

Snyder clearly loved this project, so much so that he felt the need to return to it after recovering from his daughter's death that removed him from it in the first place. He also thought it deserved much more than it had, submitting a film with a hefty 242-minute running time. In normal circumstances, that might seem like overkill, especially for a superhero film, but there is so much to give here that it works. Viewing the movie feels like binge-watching an entire season of a television show, which isn't bad considering the character development that the audience receives for its patience. Whedon is a master of dialogue that keeps the darkest script light. Unfortunately, it negatively affected this film, and Snyder's revisions solve this. Expanding the tale to this level creates a much more believable world. Enhancing the villain cycle makes for a much more sensible and enjoyable story. With Snyder's direction, Porter handles the suddenly more complex character of Cyborg exceptionally well. Miller is delightful as a man-boy thrust into the world of his heroes and then into adult responsibility far beyond what he could have imagined. Beyond these, there isn't anything new to say about the performances; there is just more of the same as before.

The cinematography is intentionally dark, consistently portraying the times the heroes are facing. Darkness within, darkness without, and darkness impending are all conveyed in the often-drab settings. This tone receives enhancement from a moody, ever-present soundtrack that manages to communicate a feeling of hopelessness while still allowing for that glimmer of redemption.

The original version of Justice League was entertaining but deeply flawed. With Snyder controlling all the essential aspects of the story and direction, the characters finally have a tale that genuinely does them justice.