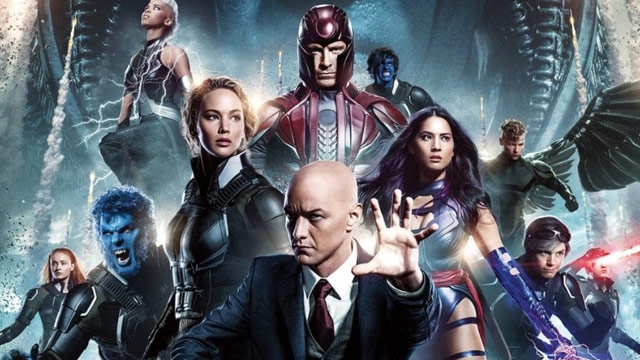 What do we truly want from a summer superhero blockbuster? If we are to judge a movie’s efficacy by looks, and the sharpness of its bells and whistles, then X-Men: Apocalypse stands with the best of this summer’s offerings. Set in 1983, roughly a decade after Mystique (Jennifer Lawrence) thwarted an assassination attempt at the White House, mutants are enjoying a time of peace, as Professor Xavier (James McAvoy) leads his School for Gifted Youngsters and welcomes a new crop of students coming to terms with their powers, including the telepathic Jean Grey (Sophie Turner) and Scott Summers (Tye Sheridan), the pained teenager who discovers that he can shoot fire out of his eyes, and who will soon be known as Cyclops.

Tranquility doesn’t last for long, however: Fate leads to tragedy for Magneto (Michael Fassbender), who has attempted to return to a normal life in Poland. He is given a new idol to serve in the form of an ancient all-powerful mutant known as Apocalypse (Oscar Isaac), who has been resurrected by a fervent cult thousands of years after being betrayed by constituents and frozen in stasis. Moira MacTaggart (Rose Byrne), whose memories of her past life with Xavier have been sapped was, by chance, on hand to witness this, and she joins Xavier and his protege Hank McCoy (Nicholas Hoult), also known as Beast, on an investigation into Apocalypse’s head. This turns into more disaster, as Apocalypse attempts to mind-meld with Xavier in order to steal his powers of mind control, the only power he still lacks. In the end, it is his recruited young mutants looking for world domination against the X-Men, still striving for peace between humans and mutants.

The visual effects are staggering, with an epic scene involving the genesis of Apocalypse’s slumber that includes a mind-blowing mythical action sequence and breathtaking pyramids above a massive crowd of Egyptian worshippers. This chapter is the glossiest edition yet, as we are quickly sent from ancient times into the shoulder-pad jacket-clad, synth-soundtracked Eighties. It gives us an excuse to see young Nightcrawler in attire straight from Michael Jackson’s “Thriller” video and Angel rocking a fluffy mullet. More importantly, it creates a pastiche that allows the film to stand on its own in comparison to the myriad chapters within the franchise. Viewers will also be thrilled for the return of an old favorite, whose cameo this time around finally brings with it some purpose and affecting moments.

Apocalypse experiences some problems, however, when push comes to shove and the big guns come out. Too many different plot threads fall to the wayside, as Raven’s reticence to be known as an icon to young female mutants and the awkward tension between her and Beast are all-too-briefly addressed and abandoned. Characters such as Magneto and Professor X are given their chance to shine, as their rivalry and philosophical differences are once again brought to the forefront. That same authentic emotional depth, however, is missing from the film’s climactic action sequence, which looks more like a music video than a real battle to determine the fate of Earth.

The character of Apocalypse is somewhat troublesome, as well. Isaac’s fine acting abilities are kept hidden under prosthetics and an artificial voice modulator that seems to vacillate between timbres and accents within scenes. Fortunately, a new plot point is introduced which actually elevates scenes: Quicksilver (Evan Peters) comes to a realization about his background that throws him for a loop, a development that counterbalances his laid-back, carefree attitude nicely. Peters’ pithy remarks, shrugs and self-deprecating line readings add a welcome splash of personality to a movie that has all the special effects available to a giant blockbuster, which spend most of the film compensating for the lack of internal authenticity and genuine edginess that we’ve come to expect from our evolving superhuman fare.