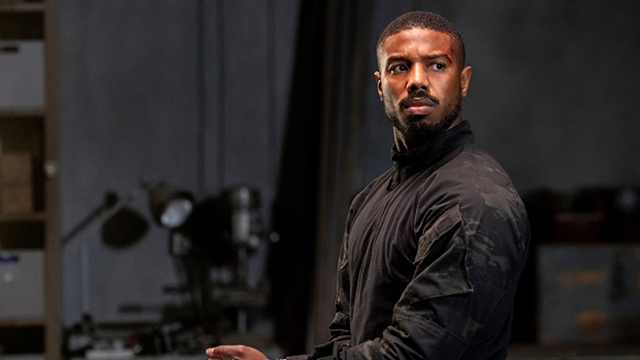 Director Stefano Sollima (Sicario: Day of the Soldado) brings the origin of Tom Clancy's hero to vivid life in Without Remorse. But except for introducing a solid literary character portrayed by a phenomenal actor, there isn't anything that sets this film apart.

After the brutal murder of his pregnant wife, Navy SEAL John Clark (Michael B. Jordan) determines to use his elite skills to exact revenge on the sole surviving attacker. In doing so, Clark gets more than he bargains for when he uncovers a conspiracy that could lead to war between Russia and the United States. Joining a team to get to what he thinks is the final player, Clark must choose between vengeance and loyalty to his military oath. Instead of either, he discovers the roots of the scheme run more deeply than he could have imagined.

The story is typical fare from Clancy – a mix of espionage and action, with secret players moving in the background to control the strings of a lead character. Unfortunately, Sollima doesn't do anything to make the film an exception to a long-played theme. The performances he elicits from the actors appear wooden. It creates a situation where none of the characters stand out from each other. Even Jordan's extraordinary talent is truncated in his portrayal of Clark. But all isn't lost because this film sets the pieces on the chessboard to continue Clark's tale. Perhaps in this case, the job of both entertaining and initiating a franchise was too overwhelming a task for even a veteran action director, who seemed to struggle in creating the necessary tension.

There are also pacing issues that cinematography could have helped but didn't. Most of the fight and combat scenes are sluggish and often repetitive. While there isn't anything challenging to follow, there also isn't much to excite, either. Even more than the acting, this might be the biggest failure since it is such a big part of this genre – action films should, at a minimum, have engaging action. Sadly, this banality is true of the action scenes, the long shots, and even the settings.

Without Remorse is not awful, but it doesn't stand up to previous adaptations of the author's novels. It establishes the world of the character, which seems to be the film's entire point. Hopefully, future entries will not leave the audience regretting the time they commit to them.

Sicario: Day of the Soldado

Sicario: Day of the Soldado