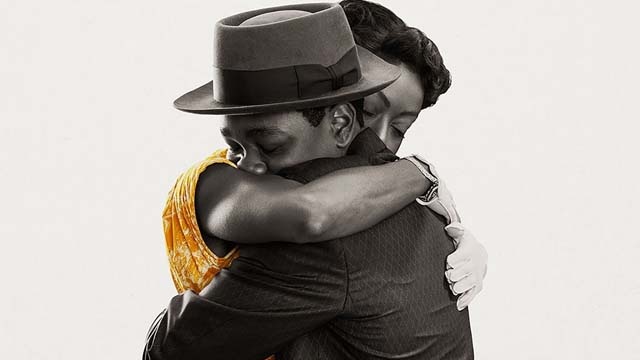 Chinonye Chukwu’s extraordinary film Till tells the haunting true story about the gruesome murder of teenager Emmitt Till by white supremacists in 1955. His murder which helped spur the civil rights movement, is a vital film as it exposes a dark period in American history. Stories from our past can serve as a valuable warning for the future, and sadly Till feels imperative to the moment.

Mamie Till-Mobley (Danielle Deadwyler) is 14-year-old Emmitt’s (Jaylin Hall) single mother. After her husband passes away during WWII, she becomes overprotective of Emmitt. Her mother, played by Whoopi Goldberg, insists that she allow him to visit his relatives; so, she lets him travel to Mississippi alone. After warning him of the differences between their hometown of Chicago and Mississippi, he sets off. He visits a store in Mississippi and whistles at a white woman played by Haley Bennett. Her husband and his co-workers lynch Emmitt in a brutal off-screen cold-blooded attack. Mamie learns of Emmitt’s murder, and his body is sent back home. She decides to hold an open-casket funeral accessible to the public, which ignites the Chicago residents and propels the audience into heartache.

Casting director Kim Coleman (Lovecraft Country) has brought together an impeccable troupe of actors for the film. Deadwyler (Station Eleven) is incredible as Mamie. It’s a masterclass in emotional gravitas and self-control. She embodies motherhood and trauma and her journey is overwhelming. Goldberg reminds audiences that she isn’t just a talk show host but a legitimate actress with an Oscar (Ghost) and a Golden Globe (The Color Purple) on her shelf. She is a formidable actress and Hall (Shaft) is emotionally riveting as Till.

The script, written by Michael Reilly, Keith Beauchamp, and director Chinonye Chukwu soars as Mamie attempts to get justice for her son. It is tightly wound and enhanced by the incredible production aspects of the film. The horrific events are juxtaposed with the beautiful grandeur of the South, masterfully caught by cinematographer Bobby Bukowski (Land). The period-piece costumes by Marci Rodgers are perfectly detailed, and the score by Abel Korzeniowski is haunting.