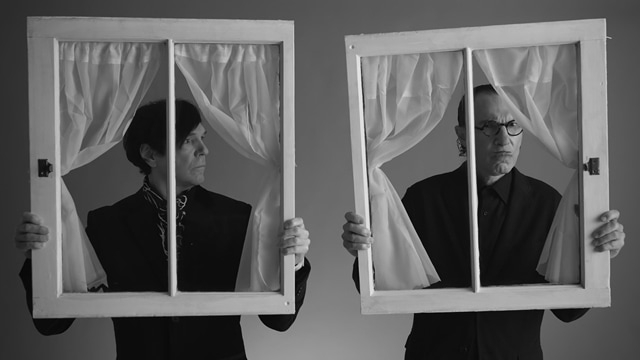 The Sparks Brothers contains everything one could ask for in a music documentary. Director Edgar Wright’s debut documentary film focuses on the eccentric and largely obscure pop band, Sparks. Led by two brothers, Ron and Russell Mael, Sparks has been consistently pumping out albums and pushing the envelope of music for the last 50 years. This is a no-nonsense, quirky, and informative documentary; while it runs its course by the end of the 135-minute runtime, The Sparks Brothers largely succeeds on all fronts.

Wright (Baby Driver, Scott Pilgrim vs. the World) gives the Mael brothers a blank canvas to tell their story, starting with their childhood and ending with their latest album released in 2020. From the very first time they recorded an album, Sparks had a unique sound. Their music didn’t catch on immediately in America, so the group moved to England and became overnight sensations. Their unorthodox sound and challenging, but hilarious, lyrics were well-received and before its time. With Russell on vocals and Ron taking the role of synthesist, composer, and writer, Sparks asks more of their listeners, and quite frankly, the normal conventions of music. Never satisfied and always evolving, they shine a light on the innerworkings of the band.

The film moves along at a blistering pace, but there is so much content that it eventually starts to all feel the same. This is not a bad thing though, because the information and interviews are genuinely interesting. Wright uses a very structured approach to documentary film making, mixing in old clips from concerts and music videos, along with short interviews from celebrities, musicians, and fans of the band. By taking the audience through a large chunk of Sparks albums, we get a sense of how experimental the band really was. Sparks would come off a commercial success, totally flip the script, and release something completely different the next year. It is very interesting to see how their sound has changed with the times, usually before everyone else does it, from the 1970s all the way to the release of this film.

For fans of the band, this movie unveils the curtain and clears up some of the mysticism behind the duo. Their interviews are very open and sincere, and they are very informative. Viewers get the sense that these guys are only doing this for the music; they could care less about the fame and money. Thankfully, Edgar Wright absolutely appreciates this and treats the documentary with the same respect as the Mael brothers. The Sparks Brothers is a must see for its fans, but it is also a great watch for people unfamiliar with the band.