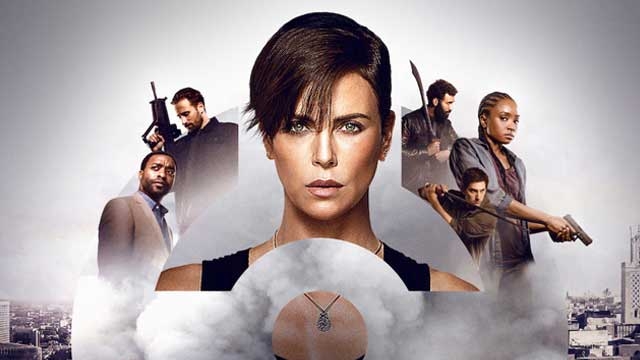 Saving humanity from themselves is not an easy task, especially when you have to do it over and over again for thousands of years. The Old Guard, based on the graphic novel of the same name, is a cinematic cluster of action, drama, and mystery, which never fully forms a finished product. The premise is very intriguing, but Greg Rucka’s shaky script, and the inconsistent acting makes The Old Guard a tough sell. Director Gina Prince-Bythewood was able to nail the action sequences, boasting top-notch choreography and cinematography, but the balance between these exciting scenes and everything else just does not meld together. It seems like The Old Guard has an identity crisis very early on, and it is never really able to work out of it. It’s a shame, because there is something noble about a team of immortals volunteering themselves for the greater good.

Andy (Charlize Theron) is the leader of The Old Guard, an elite group of immortal soldiers who dedicate their lives to saving humanity. The group has been around for hundreds of years, bearing the responsibility to fight for what they believe in. Andy’s team consists of Booker (Matthias Schoenaerts), Joe (Marwan Kenzari), and Nicky (Luca Marinelli), all of whom feel the crushing weight of never being able to die. When the Guard reunites after a long hiatus, they accept a job from ex-CIA agent Copley (Chiwetel Ejiofor), only to be hoodwinked and exposed. As their focus shifts to Copley, the team discovers that there is another person out there just like them: Nile (KiKi Layne), a young U.S. Marine.

One of the interesting decisions that Prince-Bythewood and Rucka made for this film was the extreme focus on the character building and relationships. Rucka, who also penned the original graphic novel series, is not able to balance the dialog and story very well, as most of the character development appears forced and cluttered. We see some very interesting characters in the Guard, but the film tries to touch upon all of them without ever truly digging deep enough into any individual. This “jack-of-all-trades” storytelling is made even worse by the poor acting and chemistry displayed by the cast. Even Theron, who has some spectacular performances on her resume, seems to have phoned this one in. The overly dramatic interactions between the cast come off as hollow and unbelievable. This is not to mention one of the least interesting villains to ever appear in a film: Merrick (Harry Melling), the greedy CEO of Merrick Pharmaceuticals. Ejiofor may be the only actor in the movie that turns in a good performance, giving his nuanced character enough complication and mystery to steal the show.

The Old Guard succeeds in its sporadic action sequences, where the lighting, camera angles, and fluid choreography make for some exciting combat. It is here where the immortals truly live up to their name, as each member of the Guard slices their way through mobs of enemies with perfect precision. Although these scenes are over the top, they never actually feel that way, a testament to Prince-Bythewood’s vision and the film’s stylistic action.

Although The Old Guard does a few things right, it does enough wrong that the film can be a slog to sit through. Character development is flat, the acting is mostly terrible, and the overall flow of the film suffers. There may have been “too many cooks in the kitchen,” and some of the more interesting characters suffer as a result. With more organization, the movie could have been wonderful; the potential is surely there. Unfortunately, for movie-goers and fans of the novel, The Old Guard is little more than a few impressive action sequences.