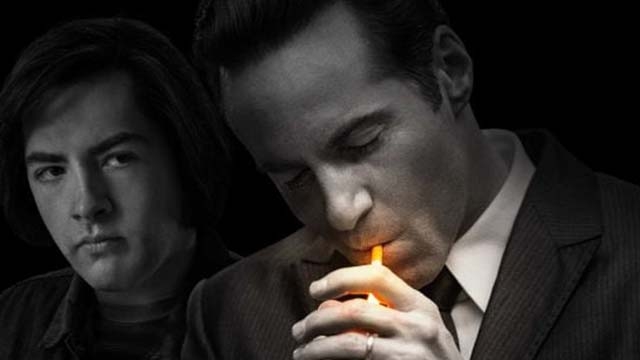 The Many Saints of Newark

The Sopranos creator David Chase teams up with Lawrence Konner (Boardwalk Empire) to return to the world of Tony Soprano in The Many Saints of Newark, directed by Alan Taylor (Terminator Genisys). Unfortunately, they fail to create a well-rounded story or make it as engaging as it is disturbing as with the original HBO series.

Anthony Soprano (Michael Gandolfini) is growing up in Newark, NJ, while his father serves time in prison. Mentored by his uncle Dickie Moltisanti (Alessandro Nivola), he looks forward to a life outside the DiMeo crime family that surrounds him. But he idolizes Dickie, seeing a father figure that replaces his absent one. But when Dickie starts avoiding him, Tony decides once and for all which side to choose. However, events manage to draw him back to the alternate choice, affecting his life forever.

With such a wealth of source material, the script should have plenty to tell. But instead of a cohesive concept, the audience gets a jumbled mess of moments wrapped around a loose plot idea. The writers seem more concerned that the characters audiences are familiar with be there, rather than have much of an actual history other than their Cosa Nostra connections. The film concentrates on explaining one or two things from the television series, primarily the reasons behind Tony's indulgence of Christopher, while leaving many more interesting strings unexplored. It seems like the filmmakers were more concerned with setting up for another series rather than delivering a finished product, given the information that a tale supposedly focused on young Anthony Soprano didn't provide.

Each character that appears in a younger version of their The Sopranos counterpart is a direct reflection. Their mannerisms, ways of walking, ways of speaking, and personality quirks are exact. Sadly, most of them are too precise. No allowances exist for the fact that such things develop over time, so in many cases, it comes off as a caricature. It works initially, but as the film progresses, it becomes comical. The exceptions to this are Livia Soprano (Vera Farmiga), Uncle Junior (Corey Stoll), and especially Tony. Gandolfini subtly channels his father, showing all the facial expressions and quirks audiences will recognize while still realizing that the character is young and growing. On the other hand, performances for new characters such as Nivola's Dickie and Leslie Odom Jr.'s Harold McBrayer are solid and the film's highlight.

One thing the crew did get right is the settings, décor, and attention to small details of the era. Each is exquisite, reflecting the periods in which the tale takes place. Everything is an exact reflection of the era, from the cars and storefronts, right down to the furnishings, drapes, and cigarette packs. Unfortunately, this is sometimes overshadowed by the lack of real tension, especially in scenes depicting the Newark riots.

Audiences familiar with The Sopranos might enjoy some underdeveloped insights into some characters. Still, new viewers will not get the subtle references. Those joining the Sopranos for the first time may enjoy the basic story but could easily be distracted by the obvious attempts at fan-pleasing. Overall, there isn't enough bang for the buck for either family of watcher.