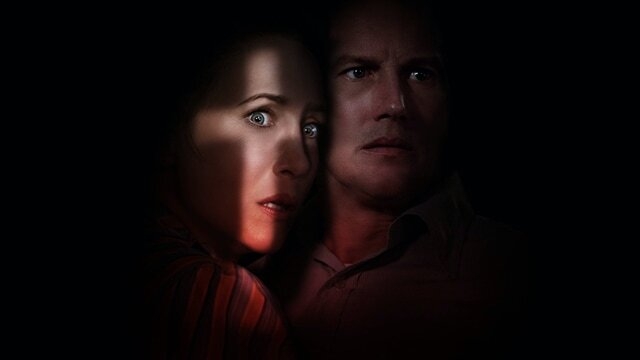 The Conjuring: The Devil Made Me Do It is the latest installment in The Conjuring supernatural horror film franchise, which is loosely based on true stories. In this iteration, the first-ever possession case makes its way into the US courts when a young man claims that the devil made him commit a gruesome act. Two paranormal detectives are tasked with proving the existence of diabolic evil, human possession, and deducing whether or not the young man is truly to blame.

In 1981 Connecticut, a young boy, David Glatzel (Julian Hilliard) is possessed by an evil spirit. His family calls two paranormal investigators, Ed (Patrick Wilson) and Lorraine Warren (Vera Farmiga) to try to figure out what’s going on. Along with a priest, they attempt to exorcise the demon from the young boy, unsuccessfully.

David’s older sister’s boyfriend, Arne Cheyenne Johnson (Ruairi O’Connor) asks the demon to possess him instead of the boy – to which it concedes. However, it comes with the bitter costs of Ed’s health, as well as Arne’s sanity. Later, a bloodied Arne is walking aimlessly down the road when the police stumble upon him. He’s accused of murder when they discover that he’s done something truly horrible. His only defense is to claim that he was possessed by a demon.

Called in to help defend Arne, Ed and Lorraine’s unshakeable faith in the supernatural needs to not only prove that the existence of the evil is real, but that it is responsible for the demonic possession of Arne that led him to commit murder – which would get Arne off the hook for death row. But with Ed’s suffering and many more acts of wickedness to overcome, will the two demonologists live through their exploration of haunted houses to prove that Arne is innocent – if he even is?

Directed by Michael Chaves (The Curse of la Llorona), The Conjuring: The Devil Made Me Do It is very competent on many levels, especially in its pacing and ability to offer a care factor for the lead characters. Ed and Lorraine are sweet enough to garner genuine sympathy for their plight, while Arne is a mishmash of villain and hero, seemingly a murderous antagonist and a possessed protagonist at the same time.

A darker tone than the other films, there’s a maturity at work in offering a layer of scares, along with creepy scenes that offer goose bumps. Sinister forces are at work, making good people’s lives miserable. However, despite a promising setup, the film loses some of its momentum as it desperately tries to retain its energy through the climax.

Dark, gruesome, and eerie at every turn, there is plenty of shock factor in The Conjuring: The Devil Made Me Do It. Supernatural villains are as scary as some of the murderous people running rampant, under the guise of possession. There’s no lack of scares, gore, or abundant special effects that dazzle and surprise, although the humans behind it all deliver the best performances.