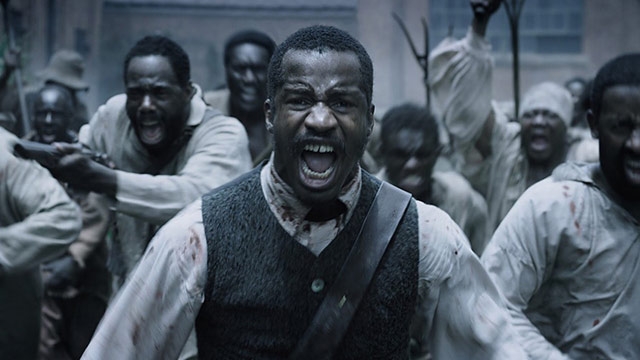 Every year at the Sundance Film Festival, there is a movie that emerges with an unmistakable buzz -- usually one from a new filmmaker or an otherwise fresh voice -- which forces audiences to take notice and often compels big-name studios to break out their checkbooks while vying for the rights. In 2016, that picture was The Birth of a Nation, the feature-length directorial debut of actor Nate Parker (who also wrote the script and stars). And the hype surrounding the movie, which shrewdly claims its name from D.W. Griffith’s artistically groundbreaking, morally appalling 1915 Ku Klux Klan origin story, wasn’t mere trendy praise for the flavor of the month -- many prognosticators saw this film as a serious contender in the Oscar race. But in light of subsequent revelations that Parker and Jean McGianni Celestin (who gets a “story by” credit here) were accused of raping a young woman in 1999, and that the alleged victim committed suicide in 2012, its reception and some of its plot details have become understandably more controversial.

The Birth of a Nation possesses an undeniable self-assuredness that is rarely seen in a filmmaker’s feature debut. Parker stars as Nat Turner, a real-life enslaved preacher in early 1800s Virginia, though the movie can hardly be considered a biopic despite the significant historical events it depicts. Turner is owned by his childhood companion Samuel Turner (Armie Hammer), who forces him to visit various plantations and country homes to read selected Bible passages to the abused, subjugated slaves. Beginning with Turner’s childhood as a precocious reader who occasionally has dark, ominous dreams involving his tribal ancestors, the film views the horrors of slavery, and the actions of the crude, deluded men who uphold forced labor and human trafficking as an institution, through his point-of-view. Following Nat’s path from a “slave with privileges” to a symbol of righteous rebellion is highly affecting, as we see the hideous realities of physical punishment, maiming, and sexual abuse that were visited upon the slaves. The dilapidated exteriors of the slave owners’ homes come to represent the total moral erosion of the holier-than-thou Southern citizens, whom Turner destroys ideologically during a powerful back-and-forth of Bible passages that foreshadows the preacher’s forthcoming stand for freedom and revolt against unrepentant evil.

The movie is unmistakably Parker’s project, and he delivers a powerhouse performance as a man painfully, irrevocably driven to his breaking point. As the lead actor, director, screenwriter, and producer of this picture, he does not let viewers forget that the film is his spotlight, and most of the other characters are essentially reduced to symbols of either injustice or white tyranny (to the detriment of talented actors such as Colman Domingo and Aunjanue Ellis, the latter of whom is female strength incarnate as Nat’s protective mother). Notable exceptions include Hammer’s portrayal of Samuel as a boozing, internally disturbed man of declining wealth, and Penelope Ann Miller’s compelling yet subtle turn as Samuel’s mother, who is often sympathetic towards Nat and his wife (a silent shared look between mother and son describes their relationship and characters better than any line of dialogue). The climax is undeniably electric, but the carefully constructed sense of rectitude depicted just before the final showdown, and which reappears during its aftermath, slightly undermines the movie’s mostly authentic, visceral power. The Birth of a Nation’s unassailable, wrathful resentment and its call to arms to fight back against oppression are deeply impactful, and it stands as a highly relevant and singular work at time when the deaths of African-Americans at the hands of law enforcement have become a national issue. At its best moments, this film forces society to view its scarred present through its nightmarish past.