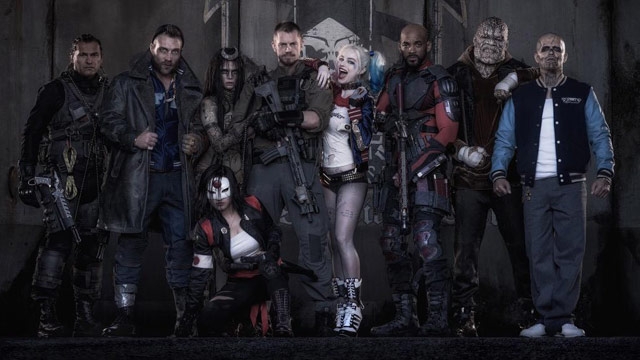 In Suicide Squad, the highly anticipated new installment of the DC Extended Universe, director David Ayer (Fury) has tasked himself with quite a number of goals for just one film. The premise seems simple enough: Government forces gather the most dangerous incarcerated supervillains in the world, and recruit them for a deadly black-ops mission. That way, should something go horribly awry, the baddies can be blamed for the mishaps and the public will be none the wiser. Conversely, if the mission succeeds, the villains will receive reduced prison sentences and the government will take credit for the victory. Sounds foolproof!

The problem, however, is that none of these villains have appeared in films prior to Suicide Squad, which means each of them needs to be introduced to the audience. Enter austere, high-ranking government official Amanda Waller (expertly played by the sublime Viola Davis), who presents dossiers of each rogue she hopes to conscript as she lays out her top-secret plan.

The Squad members are: Deadshot, a ruthless hitman for hire who never misses his mark (the fabulous Will Smith); the bubbly, colorful, bat-wielding Harley Quinn (the brilliant Margot Robbie); pyrokinetic El Diablo (the incredible Jay Hernandez); expert thief Captain Boomerang (Jai Courtney); and Killer Croc (Adewale Akinnuoye-Agbaje), whose name speaks for itself. The squad are kept in check by one-dimensional military officer Rick Flag (the talented but underutilized Joel Kinnaman), who is romantically involved with wide-eyed archaeologist Dr. June Moone (Cara Delevingne) -- and it just so happens that Moone is possessed by the Enchantress, an ancient witch with incredible powers and no love for the human race.

Honorable Squad mentions go to magical-sword-wielding Katana (Karen Fukuhara), who unfortunately remains quietly in the background throughout the entire film, and the Joker (Jared Leto), who isn’t part of the Squad, but who shows up randomly anyway to cackle while surrounded by a circle of knives…and to win back his lady love, Harley Quinn. Leto’s performance is decent, and he appears infrequently enough that he won’t exhaust the audience’s patience (although viewers may already be tired of his turn as the Joker, given the endless coverage of how he got into character by playing less-than-savory “pranks” on his co-stars).

When it’s unpacking the plot early on, the film does a solid job of giving each character a turn in the spotlight. However, the focus later shifts to Deadshot and Harley Quinn almost exclusively, which makes it tough to invest in the rest of the team (unless you walk into the theater with a strong knowledge of them from the comic books). Luckily, the role of Deadshot was written in a way that highlights Will Smith’s excellent sense of humor, and it’s quite a treat to see the actor finally portray a villain.

At the same time, Margot Robbie completely nails unstable former psychiatrist Harley Quinn, imbuing her with just the right balance of sex appeal, humor, and completely believable mood swings. While Robbie is a true gem in this role, it’s still disappointing that the story doesn’t focus more on her interactions with the Joker. One can only hope that a future movie, entirely devoted to Harley and the Joker, will explore the complex dynamic of their relationship.

Also of note is Hernandez’s El Diablo, a tattooed former gangster with the terrific power of creating fire with his hands -- a power that he can’t always control, which sadly makes him a villain by default. The dichotomy of tenderness and intensity that Hernandez brings to the role shines through, and though he doesn’t get as much screen time as he deserves, he makes sure that every moment counts.

Once the Squad are assembled, the situation rapidly deteriorates. Feeling disrespected, Enchantress takes complete control of Dr. Moone and attempts to conquer the world; her plan involves sending a beam of ancient, spooky energy into the sky, which turns people into subservient hordes of literally faceless minions. Mayhem ensues, secrets are revealed, and bonds are formed between villains who aren’t as heartless as everyone had initially thought. There isn’t much substance to the plot, even if the fantastic Cara Delevingne brings her all to her portrayal of Dr. Moone/Enchantress. With any luck, the DC Extended Universe has more in store for her in the future.

The film eschews tedious and unnecessary setup in favor of nonstop, PG-13 comic-book-esque action, which ends up being relatively bloodless as the Squad square off against faceless gray blobs rather than bona fide human beings. The movie also features a plethora of cameos from DC characters, as well as a promising post-credits scene that is not to be missed.

It’s no secret that the DC Extended Universe has been eclipsed at the box office by the more successful Marvel Cinematic Universe (Batman v Superman, anyone?), but Suicide Squad tries to turn the tables by telling an epic story that’s darker and more ambitious than anything Marvel has attempted to date. Despite some haphazard and disjointed pacing, the movie manages to introduce some exciting new characters and serves the purpose of any good comic-book flick: It delivers a solid two hours of aesthetically pleasing, superpowered action that’s just plain fun to watch.