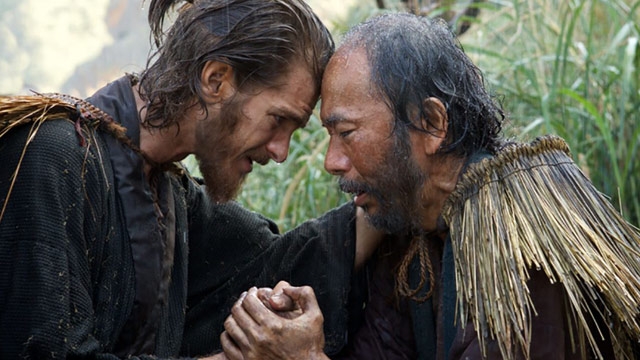 Martin Scorsese first read Shusaku Endo’s 1966 novel Silence -- about persecuted Jesuit missionaries in 17th century Japan -- in 1989, and he has tried to bring its harrowing story of faith, doubt, suffering, and God’s seemingly silent nature to the big screen since then. Now, 27 years later, the Oscar-winning director has finally unveiled his ultimate passion project, and it was worth the wait. Silence is a powerful, disturbing, and incisive film that plunges headlong into some of the thorniest questions regarding religious belief.

Two Portuguese priests, Father Sebastião Rodrigues (Andrew Garfield) and Father Francisco Garrpe (Adam Driver), travel to Japan when they learn that their mentor, Father Cristóvão Ferreira (Liam Neeson), has reportedly “denounced God in public and surrendered the faith.” They can’t believe the news, so they set off to uncover the truth themselves -- even though they are warned by a superior that they will “step into high danger” once they arrive, since Christianity is against the law there. When they land along Nippon’s rugged coast, a small group of Japanese Christians hide them and tell them about the persecution they will face if they are found by the authorities: They will be taken into custody and forced to apostatize by stepping on a fumie, a likeness of Jesus. If they refuse, they will be killed. Beheading, drowning, burning, and being hung upside down with one’s neck slightly cut to ensure a slow, painful death are some of the creative ways that Inoue (Issey Ogata), a merciless inquisitor, uses to torture captured Christians and instill fear in everyone else.

Rodrigues and Garrpe not only want to find Ferreira, they also desire to minister to their newfound flock, who persist in their faith despite the consequences if they are discovered. Hunger, cold, and loneliness are among the trials the priests initially face, but soon they witness firsthand the horrors inflicted on believers who refuse to deny Christ. The most agonizing episode occurs when three men are tied to crosses in the ocean. Thunderous waves from the ever-rising high tide pound them for hours until they drown. How could a loving God allow such atrocities to happen? Does He care? At one point, a disillusioned Rodrigues wonders if God actually hears his prayers or if he is “just praying to silence.” When Rodrigues is finally captured, the inquisitor raises the stakes: Not only must the priest apostatize to save his own neck, but he must do so to spare the lives of his fellow believers as well. If he doesn’t step on the fumie, his beloved friends -- who have already apostatized -- will be tortured and killed. What would God have him do? Is it a sin to publicly deny Jesus, but still privately hold him dear in one’s heart, in order to save the lives of God’s own children? Or is it better to hold fast to one’s faith and die for it, even if that means others will perish along with you?

To help Rodrigues make his decision, Inoue allows Ferreira to visit him. The former Jesuit pleads with Rodrigues to recant. But does Ferreira represent the wise, authoritative voice of God or the sly voice of Satan? Scorsese and co-screenwriter Jay Cocks, to their credit, pose but do not answer that question. Rodrigues also hears a voice in his head that he believes is Jesus. But, again, is it really Christ or just his own imagination telling him what he wants to hear? Can one ever be sure God is speaking?

Scorsese has wrestled with questions of faith throughout his distinguished career, most notably in The Last Temptation of Christ and Kundun, but Silence is his most profound spiritual examination to date. The performances are all strong, but Issey Ogata as Inoue and Tadanobu Asano as Inoue’s interpreter are the real standouts. Filmed in Taiwan by cinematographer Rodrigo Prieto, the rugged, hostile terrain of Silence is both beautiful and foreboding, while the organic, minimalist score by Kathryn Kluge and Kim Allen Kluge is simply perfect. Scorsese and his longtime editor Thelma Schoonmaker could have chopped a half hour or so from the picture without any damage to the narrative or overall reduction in its power, but the lengthy runtime is a very small quibble.

Silence is must-see viewing, not only for Scorsese fans, but for anyone who has ever grappled with issues of faith and suffering, or wondered if God is really there, and if He is, does He care? Which is, likely, every human being.