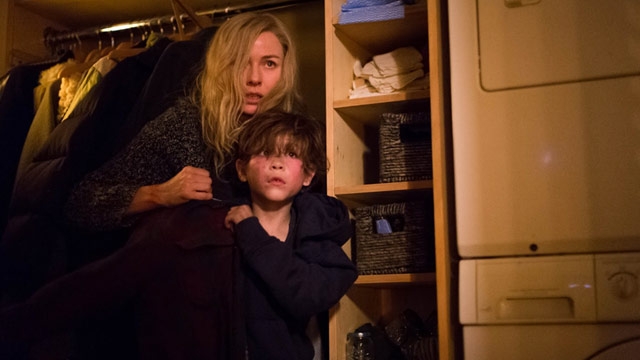 Shut In, the latest entry in the psychological-horror genre, does its best to tap into the quiet nuances of maternal horror. Like earlier movies in the same vein such as The Babadook, Orphan, and The Witch, an unreliable narrator leaves the audience guessing what’s really happening, while the horror of the film is thematically centered on a family in the wake of a traumatic and forced transition.

The movie follows Mary Portman (Naomi Watts), a child psychologist who is still reeling from a car accident that killed her husband and rendered her 18-year-old stepson Stephen (Charlie Heaton) completely paralyzed and unable to speak. Mary remains largely confined to her home in cold, rural Maine as she takes care of Stephen while running her practice out of a building on the property. After a young patient of hers named Tom (Jacob Tremblay) disappears, Mary starts experiencing unsettling visions and hearing strange noises in her home, and she ultimately becomes convinced that Tom’s ghost is haunting her. However, Mary’s own psychiatrist (Oliver Platt) is certain that she’s just consumed by her own guilt and seeing things as a result, and attempts to prescribe her drugs to help her sleep. She refuses, and the visions persist until things finally escalate to a horrifying, Oedipal climax during a snowstorm that has left Mary and Stephen housebound with an unexpected guest.

While undoubtedly disturbing, Shut In lacks the same disquieting subtleties that made its aforementioned predecessors so effective. The plot ambles too slowly to its peak, making a 90-minute picture feel longer than it should. And though the final twist is quite unpredictable, the movie decides to beat audience members over the head with every point it hopes to make via lengthy scenes that feel inorganic, a maddening flaw that detracts from the quality of the film. Luckily, the actors add some intrigue to a lackluster script that’s filled with far too many meaningless pauses, not to mention some frankly dubious science that requires a fair bit of suspension of disbelief. Naomi Watts makes us sympathize with Mary as she brings out the character’s heartache, while Charlie Heaton (of Netflix’s Stranger Things) is so good that you hope he will accept more roles in horror -- his portrayal of the deeply disturbed Stephen is raw, emotional, and frankly, the most terrifying aspect of the film.