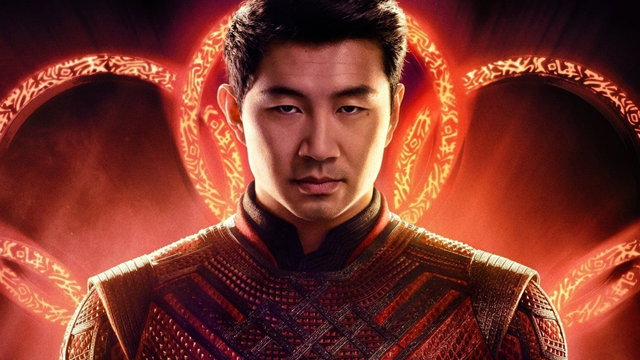 Director Destin Daniel Cretton (Just Mercy) heads the next entry into the Marvel Cinematic Universe,
Shang-Chi and the Legend of the Ten Rings. The script from Cretton, Dave Callaham (Wonder Woman 1984), and Andrew Lanham (The Kid) is action-packed and entertaining. Still, it might be disappointing for long-time fans of the original comic book due to the numerous subtle and not-so-subtle changes to his backstory.

Shang-Chi (Simu Liu) and his best friend Katy (Awkwafina) work as parking valets, choosing to live a simplistic life instead of taking advantage of their college degrees. This changes when Shang's father, Xu Wenwu (Tony Chiu-Wai Leung), sends his henchmen to collect the necklace his mother, Ying Li (Fala Chen), gave him before she died. Having acquired it, Wenwu targets Shang's estranged sister Xu Xialing (Meng'er Zhang) next. Now, instead of hiding from his past, Shang must learn to embrace it in order to save his sister, his mother's people, and his world from his father as well as an overwhelming menace from a different dimension.

Even though changes were made to most aspects of the character's backstory, the script is not bad. The story has good pacing, interesting and believable development, and pleasing closure - while making it clear Shang-Chi is now an essential part of the MCU. As is often the case when the director also has a hand in writing the script, Cretton knew what he wanted from the actors and did a good job drawing it from them. Most enjoyable is seeing Awkwafina as more than just comic relief with nothing more than a series of one-liners. As with Breaking News in Yuma County, she demonstrates acting ability beyond the trope. Her portrayal of an American-born Asian who doesn't have the accent of her elders is spot-on. However, the California birthright of her character doesn't quite match with her native New York flex.

The martial arts scenes are easy to follow and wonderful to watch; they are as much a dance as they are a fight. Unfortunately, this isn't true of the later combat involving monsters as well as humans. The special effects, especially the magical creatures, are visually stunning even for a Marvel film, but fights involving them are chaotic and often difficult to follow.

All told, Shang-Chi and the Legend of the Ten Rings is a good entry into the emerging next phase of the Marvel Character Universe. The tale is interesting, the characters are relatable, and the action is fun, though sometimes frantic. The strength of its place in the Marvel Universe remains a mystery until the arc is more developed. But for now, one thing is clear – Shang-Chi is the master of kung-fu.