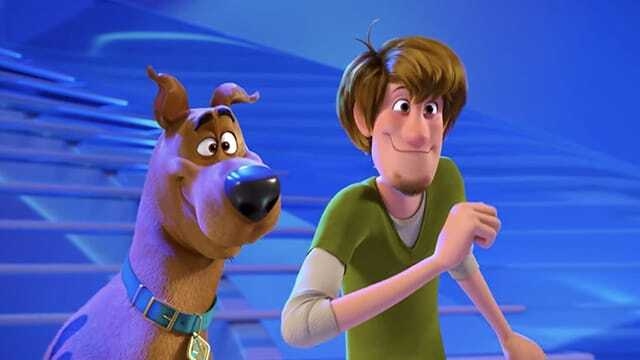 Scooby, Shaggy and the gang are back, featured in their first ever 3D animated film. Filled with the usual hijinks, adventure, and Scooby Snacks, Scoob! is welcoming to newcomers and Scooby Doo fans of old. By giving the characters a fresh coat of paint and a more modern take, director Tony Cervone is able to preserve what made the animated show so popular. Scoob! features a star-studded cast, a healthy dose of Hanna-Barbera Easter eggs, and a well-paced story that slightly deviates from the tried and true Scooby Doo formula.

Shaggy (Will Forte) and Scooby (Frank Welker) meet by chance on a sunny California day, as Scooby attempts to hide from the police. The two of them form an immediate connection, and eventually bump into the rest of their crew, Fred (Zac Efron), Velma (Gina Rodriguez), and Daphne (Amanda Seyfried). After a brief run-in with the neighborhood “haunted house,” the gang solves their first mystery, and Mystery Inc. is formed. As the group grows older, the need to monetize Mystery Inc. comes into play, and Shaggy and Scoob are deemed “unessential” to the investors. Feeling unwanted, the duo heads off on their own and eventually falls straight into a new adventure. Teaming up with the likes of Blue Falcon (Mark Wahlberg) and Dynomutt (Ken Jeong), Shaggy and Scoob attempt to out-whit and out-run supervillain Dick Dastardly (Jason Issacs).

Scoob! is definitely a fun ride, and the updated look is a welcome take on the franchise. The story moves along surprisingly well, and the writing is witty enough to keep an audience of all ages engaged. Fans of Hanna-Barbera cartoons of the past will be delighted to see a plethora of references to the classic animation studio. Unfortunately, Scoob! takes the plot in a direction that strays from the original Scooby Doo story beat. The film does not follow the same old “haunted-villain-turned-normal-bad-guy” trope for which the series is so well known; this is mainly due to the focus being on Shaggy and Scooby. While some fans may appreciate the minor diversion, others will be disappointed by the change in direction.

Cervone’s well-directed animated film finds the perfect balance of comedy and heart. At its core, Scoob! is about friendship and personal growth. There is something satisfying about watching Shaggy and Scooby meet for the first time, or how the formation of Mystery Inc. takes place. Where the film surprisingly goes awry is in the voice acting (save from a couple bright spots). There is an inconsistency in many of the performances that slip through the cracks during the film. Although many moviegoers may catch on to this, the film’s target audience surely won’t mind.

Scoob! is a fun, nostalgic, family-friendly feature and is a love letter to the Scooby Doo of old, all while setting the stage for a new generation of fans. By reintroducing characters not specifically tied to the Scooby Doo cartoons, Warner Brothers is taking a stand and saying that these timeless characters will stay, well, timeless. Cervone did an admirable job in telling his own story, all while staying (mostly) true to the Scooby Doo legacy. The stage has been set for an exciting future for the franchise, but for now, Scoob! is definitely worth checking out.