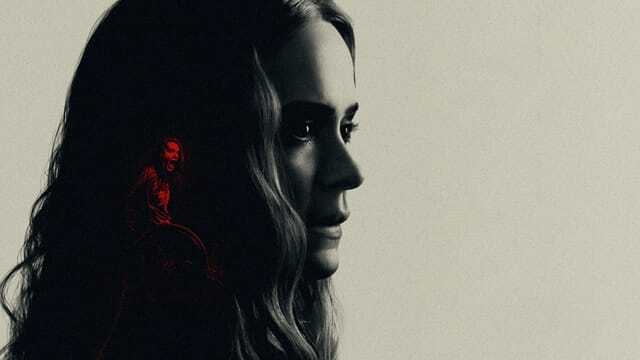 Director Aneesh Chaganty (Searching) shares writing duties with Sev Ohanian (My Big Fat Armenian Family) on the suspenseful film Run. On the surface, it seems like a cookie-cutter film about obsession and control, but the script’s quality and some surprising twists make this a film that stands out from the pack.

Diane Sherman (Sarah Paulson) is facing the fact that her disabled home-schooled daughter Chloe (Kiera Allen) has matured and is planning on college. Chloe, devoted and trusting of her mother, is excited as well and looking forward to finally doing some things for herself. But as time passes and no acceptance letters arrive, Chloe starts to become suspicious. She wonders if there is more to her situation than she realizes. As she investigates, her concerns quickly turn to fears and then horror.

The script is solid, with just a few minor stumbles in pacing. These add to the suspense in some of the more tense scenes, though. Best of all, the entire premise remains within the confines of believability. It is easy to accept the extremes Diane goes through to keep her daughter at home – particularly with similar stories breaking in the news. What seems at first like a standard psychodrama has a few shocking surprises along the way. As both writer and director, Chaganty knows what he wants to say and how he wants to say it and never gets lost on the path.

Paulson has made a career of playing characters that seem normal on the outside yet hide a dark secret of psychosis. Even with her track record of success, this ranks as one of her most nuanced portrayals, as Diane goes to further extremes to satisfy her neurotic needs. As daughter Chloe, Allen is also exceptional. When she begins to suspect her mother, she conveys the horror of realizing someone who is supposed to love you but seeing you more as a possession; that is, something to covet and control rather than care about.

The cinematography is subdued and yet surprisingly effective. The camera work puts the viewer into how claustrophobic it must be to be wheelchair-bound. Overhead shots, even in confined spaces, convey the feelings of helplessness Chloe has as she determines to break free of these constraints.

Run presents the concept of obsession in a somewhat different light than previous entries, making it both spellbinding and disturbing. The script is worthy, the acting is exceptional, and the surprises make this a movie viewers shouldn’t walk away from.