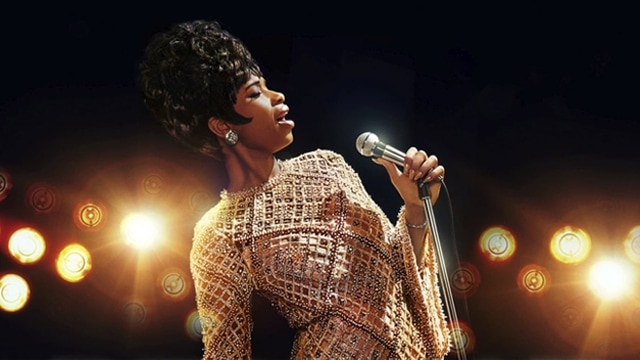 Respect is a biopic about Aretha Franklin’s rise to stardom. From her humble roots singing in a church choir to her rise as an international superstar, Aretha Franklin’s life was unsurprisingly fraught with difficulties that she had to overcome to find her voice and transform into the polished version of herself that the world fell in love with. Even at ten years old, young Aretha Franklin (Skye Dakota Turner) is pulled out of bed by her Baptist Minister father, Reverend C.L. Franklin (Forest Whitaker) to sing at late night parties, where everyone would fall in love with her amazing voice. Unfortunately, her father would also fall in love with other women, so his marriage crumbled and Aretha grew up in a split household.

Aretha was very close with her mother Barbara Franklin (Audra McDonald) whose singing voice offered promise; that is, until her sudden death. A heartbroken Aretha is then forced to live alongside her sisters in her father’s very controlling world, where all her life choices are critiqued. Despite her successes in singing, her pain almost silences her. She bears her first child at only 13 years old, and refuses to name the father. But there are positive role models in her life, like close family friend Martin Luther King Jr. (Gilbert Glenn Brown) who introduces her to the concept of social justice, and that there may be an even larger purpose in the world for her.

As she grows up, the now adult Aretha Franklin (Jennifer Hudson) decides to take over her career and become a recording artist. But the journey is long and difficult. Singing in the wrong genre for her, Aretha knows she has the chops to be a real star, but it isn’t until she gets producer Jerry Wexler (Marc Maron) who believes in her but knows she needs to be doing something else for people to listen, that she gets her big break.

Despite her newfound success in music and in love, Aretha’s demons threaten to get the best of her if she can’t overcome herself. She needs to get out of her own way so she can live up to what she aspires to be. Directed by Liesl Tommy (television’s Dolly Parton’s Heartstrings) this is an impressive feature film debut, filled with powerful emotions and some incredible performances. Tommy handles her leading lady with respect, perhaps partly because Jennifer Hudson was Aretha Franklin’s handpicked choice to play her in a film adaptation of her life. Each cast member is staged quite wonderfully, each one helping to shape Aretha’s world in their own way.

Although the source material is already strong, writers Tracey Scott Wilson’s screenplay and Callie Khouri’s story idea add in some historical context, including: what it was like to be Black during that time period, how feminism could overcome some of the stronger, dominant males who wanted to control Aretha, as well as her constant struggle to balance her family and church life. Impeccable costume design and sensational musical numbers only add to the whole package. What’s not included are Aretha’s actual demons that she deals with, which is a choice to focus on the positive aspects of her life and glorify her story.

While Respect may seem overly long at 2 hours 25 minutes, there’s a great deal of history packed into it. At no point does the film drag, with expertly performed musical numbers adding energy into the mix. The ensemble cast is reason enough to watch, with incredible talent playing leads and supporting roles. At the forefront is a whole lot of charm, with plenty of chemistry to sell the tale as authentic.