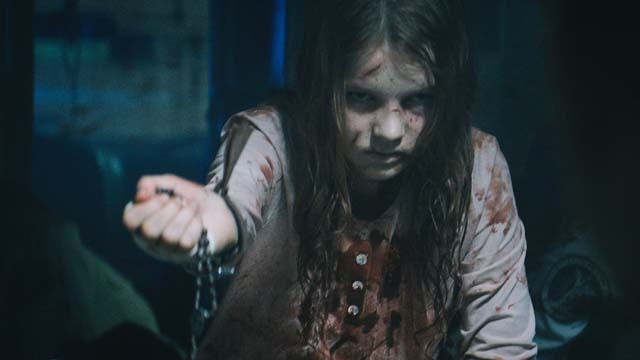 Prey for the Devil

Women who work in male-dominated professions have had to deal with a lot of sexism, and exorcism is no exception. In the world of Prey for the Devil, the Roman Catholic Church has reopened exorcism schools in order to train priests to perform these rituals because of the rise in demonic possessions. Nuns are forbidden to train in the field, but a professor sees the gifts that Sister Ann (Byers) possesses and allows her to audit the class.

Sister Ann has dealt with the trauma of possession her whole life. Her mother was the victim of a demon when Ann was a child, and the emotional damage of her mother’s violent outbursts plague Ann to this day. It is because of this that Ann works at one of these schools to help heal the physical ailments of the afflicted while the priests work on the patients’ spiritual conditions. It isn’t long before she comes face-to-face with a demon she recognizes as the one who tormented her mother. But can she save the soul of the young girl that the demon now possesses?

Jacqueline Byers does an excellent job as Sister Ann. She is determined, caring and charismatic. It is difficult not to root for her as she deals with the repercussions of old wounds and as her past collides with the present. Posy Taylor does a wonderful job as well, as the part of a possessed 10-year-old child seems like quite a demanding role. She is sympathetic and sweet with just enough mystery to keep moviegoers guessing.

Prey for the Devil thrives in its acting and cinematography. But while the actors and actresses perform satisfactorily, the script is overly riddled with tropes and is plagued with its own demon: predictability. There are also multiple subplots and plot points which are left hanging. The movie starts with a bold statement: the number of possessions is on the rise. But it is never explained why, nor does it add to the plot.

One of the reasons why The Exorcist was so groundbreaking—and heartbreaking—was because the victim of the possession (Regan) was so innocent. Since she was so pure, it made the possession more horrific and heinous. The writers for Prey for the Devil try to turn that on its head by having the victims in this film deal with trauma and guilt. They aren’t bad people, but they are tormented. However, this isn’t tested in unique ways. Instead, they utilize tired tropes which viewers have seen time and time again.

For moviegoers specifically in the mood for a thriller with some horrific elements and a couple of great jump scares, Prey for the Devil may be just the ticket. Despite the predictability, it is still a fun ride and a decent movie to add to the exorcism subgenre.