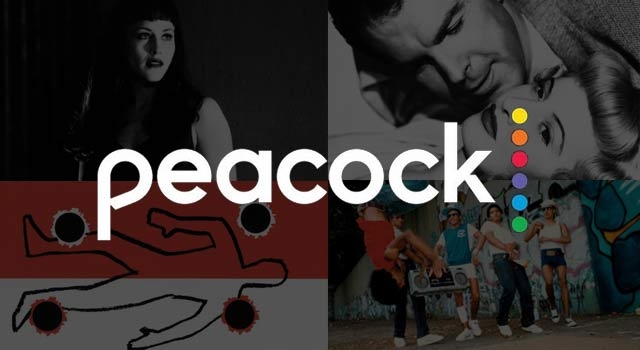 By Chris Steffen
Didn't we just do this? The deja vu is strong as another major streaming service launches, this time NBCUniversal's Peacock, which features classic NBC series like 30 Rock, Cheers, and The Office (coming in 2021). There's also an array of films from the Universal library (many are available for free), including the Matrix and Jurassic Park franchises, along with classics from the Marx Brothers, the Universal monster films, and a variety of Alfred Hitchcock movies. Delving into a new service can be daunting (and the platform's search feature is absolutely awful), so we've again put together a list of some of the most worthwhile selections from the Peacock library.

David Lynch followed up his Twin Peaks movie with the wild, identity-swapping Lost Highway, armed with a beloved soundtrack, a stacked cast, and no easy answers. A prisoner changes bodies overnight in a holding cell, mysterious videotapes are received, Robert Loggia gets to do some top-notch menacing, and Robert Blake gets to be wildly creepy.

The first movie to watch in any Film Noir 101 exploration, the plot of Double Indemnity feels like a beat-for-beat recitation of the subgenre's key tenets: a man at a relatively common station in life (Fred MacMurray, an insurance agent) is exploited by a femme fatale (a bewigged Barbara Stanwyck) for her own gains, the plan falls apart, and he's hoisted by his own petard. But it's not the specific beats that matter as much as Billy Wilder's masterful direction and script, along with John Seitz's stark cinematography.

Spike Lee is a consistent presence on Peacock, with Do the Right Thing, Mo' Better Blues, and Da Sweet Blood of Jesus all finding a home on the service. Peacock also features Clockers, which takes the structure of a police procedural to build a chilling portrait of despair, hope, and the unanswered problem of black-on-black crime in an urban housing project.

One of the defining portrayals of the early New York City hip-hop world, Wild Style has been sampled on rap albums for decades (Nas' classic Illmatic comes to mind) and helped the rest of the world grasp the visual identity of the world of B-boys and graffiti artists.

Scorsese had a fun time with his remake of Cape Fear, but it's always best to go back to the source material. It's hard to beat the head-to-head collision of a sinister Robert Mitchum with a righteous Gregory Peck, and the final houseboat showdown is still a thing of chilling beauty.

While this isn't exclusive to Peacock, I'd be remiss to not take any opportunity to encourage people to watch the truly deranged summer camp slasher Sleepaway Camp, packed with bizarre performances, impossible kills, and one of the most memorable closing shots of any movie, full stop. I'll see you all at the waterfront after the social.

This is the original 1932 version of Scarface, directed by Howard Hawks and packed with way too much violence for the censors and for producer Howard Hughes. Featuring an A-list cast of early 1930s talent, Scarface was cinema's first great trip into the criminal underworld and set the template for the gangster picture.

If you were charmed/amused/intrigued by Jack Reynor's performance in last year's hit Midsommar, go back to his early success with What Richard Did, where he plays a young rugby player who ruins multiple lives in one impulsive moment.


All That Heaven Allows

Douglas Sirk is known as a master of '50s melodrama, and his 1955 feature All That Heaven Allows is one of his defining works. An older widow (Jane Wyman) finds solace in the arms of her younger gardener (played by Rock Hudson), and faces the scorn of her high society friends.

It will forever remain unclear why Werner Herzog wanted to film a not-really-sequel to Abel Ferrara's Bad Lieutenant, and even murkier why he named it the mouthful Bad Lieutenant: Port of Call New Orleans. While not a great movie, it does feature many intriguing aspects, like a fun Val Kilmer performance, Nicolas Cage at some of his Cage-iest, and a reminder that they were trying to make Xzibit's acting career a thing for a while. As our own review opens, "Is it possible to write a raving two-star review?"

Taylor Hackford directed Hail! Hail! Rock and Roll, an inside look at the concert staged to celebrate the 60th birthday of rock and roll pioneer Chuck Berry. Famous friends and admirers packed the lineup, from Keith Richards to Eric Clapton to Linda Ronstadt, and while the performances are generally a delight -- as are the fashions -- the real intrigue comes from the rehearsal footage, with Berry and Richards duking it out over guitar parts and Berry's famously irascible nature coming to the fore.