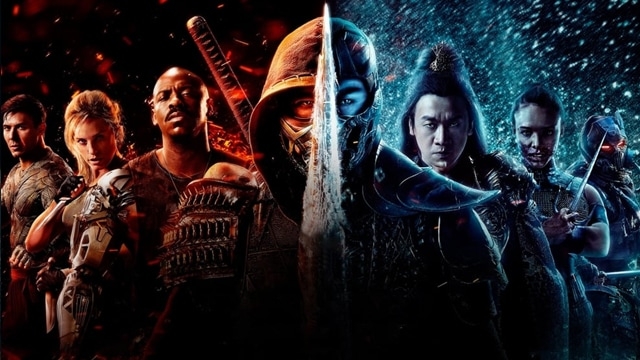 The remake of Mortal Kombat, written by Greg Russo and Dave Callaham, comes blazing onto the screen in all its blood-filled glory. Unfortunately, the fighting is almost all the film has to offer, and even this is more reminiscent of a retro video game than an anticipated blockbuster film.

Cole Young (Lewis Tan) is a fight club participant whose best days are behind him. This changes when Jax (Mehcad Brooks) confronts him after his latest bout, ultimately saving him and his family from being destroyed by Sub-zero (Joe Taslim). This rescue thrusts him into the world of Mortal Kombat – an ages-old competition between realms for control of each other. This time, if the Earth realm loses, control of it will forever pass to Shang Tsung (Chin Han), who will enslave or kill all of humanity. Along with the few remaining champions of earth, Cole must quickly train and learn to defeat Shang Tsung’s combatants to prevent this fate.

The film starts with what could have evolved into a compelling story, reminiscent of the themes from some of the best Japanese feudal-era films of the 1950s and 1960s. Unfortunately, the writers seemed to think this was sufficient, and after that rudimentary attempt at a background, all the viewer would want is to relive their memories of playing the games. This results in many familiar one-liners, combat moves, and an excessive amount of gore that rivals any unlocked version of the game. Younger viewers and the squeamish might want to take a pass, but anyone who knows the hardcore versions of the games is likely to be unaffected. Because there isn’t much in the way of substance, the actors don’t have enough to work with, and the viewer can almost see them wincing at some of the lines they have to say. Casting concentrated more on appearances than any amount of ability – another testament to the focus on action over story. All of the actors could be Oscar-worthy performers; there just isn’t any way to tell in a script consisting almost entirely of quips.

Since the story focuses on the fights, characters, and a surprising amount of “fatalities,” it is expected that these features would be spectacular. Many of the characters, and the CGI used, are impressive. But most of the fights are lacking, often because of sloppy cutting back and forth. And despite the callbacks to the games that one might need a mechanical counter to keep track of, a perfect opportunity to hit one more popular one at the end never materializes. This is unfortunate because such a move could have been a genuine reason to have a sequel.

Mortal Kombat could be a mildly entertaining film for a viewer unfamiliar with the games and a somewhat more enjoyable experience for audience members that know them. It might even be acceptable for those who played the games a lot when they were younger. It might not be a total fatality, but watching it classifies as a brutality for all but the most avid fans of the franchise.