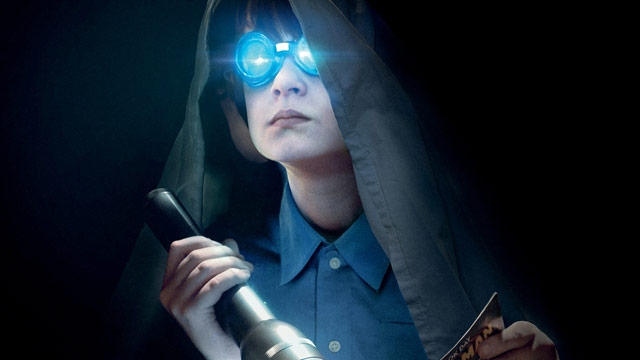 If you’re feeling burnt out by movies about comic-book superheroes that only exist to set up a connected “universe” and 11 impending sequels, consider checking out this superpower-infused thriller instead. Writer/director Jeff Nichols (Mud, Take Shelter) is a restrained storyteller who continues to hone his craft with each new project, and his Midnight Special is an absorbing tale filled to the brim with heart and soul. This stirring sci-fi chase film begins in medias res, as Roy Tomlin (Michael Shannon) is on the lam after rescuing his biological son Alton Meyer (Jaeden Lieberher) from a religious cult in Texas. Accompanied by Roy’s gruff childhood friend Lucas (Joel Edgerton), the father and son are being chased by not only the cult -- whose leader (Sam Shepard) sees Alton as their savior -- but by the FBI and NSA, who have deemed the boy a threat to national security.

Nichols brings the curious details of Alton’s life into focus via character exposition over the course of the thriller. His mysterious, supernatural abilities form the cult’s doctrine: They believe Alton has predicted the exact time and place where a potentially cataclysmic event will occur. The soft-spoken and goggle-clad boy actually based his prophecy on decoded governmental communications, which riles up the Feds and a bright NSA analyst named Paul Sevier (Adam Driver). Roy, Alton, and Lucas manage to reunite with Alton’s birthmother Sarah (Kirsten Dunst), but his overwhelming powers -- which also include out-of-body episodes in which beams of light emanate from his eyes -- are increasingly taking their toll on his health. As the group attempt to evade those chasing them, Alton’s visions lead them to Florida for the film’s enchanting, enigmatic final act.

The influences of J.J. Abrams and Steven Spielberg are palpably felt in Midnight Special, particularly when Nichols harnesses the aura of the fantastic young Lieberher in the same manner as his predecessors did with their preteen leads in, respectively, Super 8 and E.T. Nichols lets his story develop naturally, with the themes of faith, family, and mankind’s place in the universe emerging fluidly amidst the backdrop of rural America. At the core of the narrative is the unwavering devotion between parent and child during extreme circumstances, and the result is the rare genre film that’s as emotionally involving as it is visually appealing.

Midnight Special is buoyed by some terrific acting. Lieberher carries himself with a wisdom and magnetism that’s rare for his years. Shannon, who has appeared in each of Nichols’ features thus far, shows why he’s one of the best character actors in the business. Edgerton is excellent as the initially skeptical Lucas, a state trooper who is later willing to risk everything after he sees firsthand the gifts that Alton possesses. And Driver, so good at avoiding being typecast in roles, finds the humanity in the usually rigid stock character of the obsessive government employee.

While Midnight Special gains much of its power from its slow-burn plotting, Nichols manages to keep the pace moving along with an effective combination of action, intrigue, and special effects. The film thrives on a sense of imagination and mystery, which ultimately works against it when it comes time to present answers at the end: The can of worms opened at the conclusion sure is a gorgeous, evocative can of worms, yet it feels slightly out of step with the sophisticated ambiguity of the rest of the story. But even if the movie’s need to show its hand results in an unsatisfying payoff for some, Nichols has still crafted a captivating sci-fi thriller.