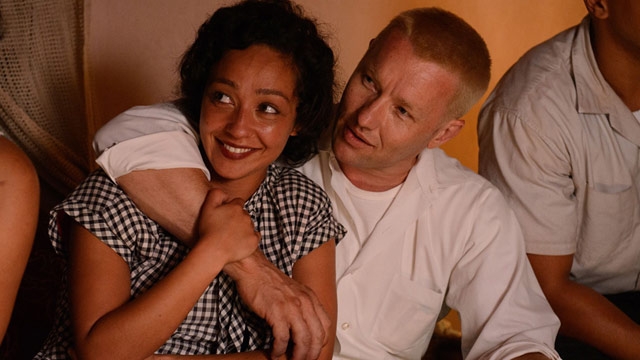 The titles of the grand lawsuits of the civil-rights era had poetry on their side, but not even the sharp irony of Brown v. Board of Education could match Loving v. Virginia. The plaintiff’s name was Richard Loving, and when he married his 18-year-old girlfriend Mildred in 1958, she became Loving, too. Richard was accepted into Mildred’s family and their social circle of dirt-road drag races and house parties, and this was an unusual event in Caroline County, VA, because Mildred had black and Rappahannock ancestry, while Richard was white. But Virginia wasn’t the Deep South, and so whatever covert racism their relationship stirred up among the locals was expressed in no more than pursed lips and passive-aggressive stares -- until law enforcement barged into their house one night, roused Richard and the pregnant Mildred out of their shared bed, and charged both of them with miscegenation, punishable by jail time.

The word “miscegenation,” with its clinical Latin prefix of “mis-” (as in mistake or miscreant or miscarriage of justice), sounds so repugnant to our modern ears; it’s a pseudoscientific term steeped in another era’s flagrant racism, like “drapetomania” (a neurosis that prompted slaves to run away) or “dysaesthesia aethiopica” (the clinical diagnosis for slave laziness), and one that should have been equally forgotten by time and disuse. But when Richard and Mildred Loving were called before the court, 24 states still had anti-miscegenation laws. It was only the Lovings’ struggle to remain married and stay in their rural, familiar hometown -- instead of being exiled to urban Washington, D.C. -- that wiped the laws off the books via a Supreme Court case, a saga that’s detailed in writer/director Jeff Nichols’ drama about their travails and eventual victory.

A grand and triumphant love story should have great leads to hang its drama on, but while Irish-Ethiopian actor Ruth Negga bears a physical resemblance to Mildred Loving (and gets the accent right), her performance isn’t terribly nuanced. For the first half of the movie, she goes around peering up from a bowed head with moist saucer eyes, like a chastened Betty Boop, and it’s an actor’s tic that soon grows thin. It’s a relief when Mildred visibly brightens and gains hope from the fact that civil-rights attorney Bernie Cohen (Nick Kroll) is willing to take on their case, but it’s an on-off switch of a performance.

The real standout is Joel Edgerton as Richard Loving. Despite roles in the Star Wars prequels, Zero Dark Thirty, and Black Mass, he hasn’t really had a breakout role that links the name to the face. He brings together all of Richard Loving’s facets in a characterization that’s flinty with sharecropper wariness, softened by his midwife mother (Sharon Blackwood plays Richard’s mom Lola Loving -- what a name! -- in a great performance from a character-actor type not often seen in movies), tender towards his wife, and honor-bound to do right by his family. There’s also a priceless cameo by Michael Shannon as Life Magazine photographer Grey Villet, and such impressive African-American actors as Will Dalton, Terri Abney, and Chris Greene round out the cast as Richard and Mildred’s family and friends, whose lives are treated with more care than just being reduced to background detail.

Director Jeff Nichols grew up in Little Rock, AR, which may explain this sensitively observed, stereotype-free portrait of the South and all of its contradictions. Shot in rural communities around Richmond and suffused with greenery and peace, this may be the most serene movie ever made about an earthshaking subject. His eye makes interesting choices, as exemplified in a scene in which Mildred receives a phone call with a pivotal message. The moment she gets the good news, the camera goes into the slightest, gentlest pan -- not much, not a full revolution, just enough of a change in perspective to show that the nation’s perspective is changing, too. There’s nothing revolutionary about the revolution celebrated in Loving, but maybe that was the point all along.