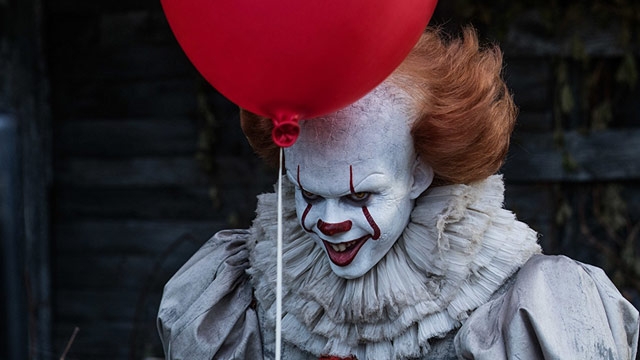 Contemporary Hollywood thrives on nostalgia, particularly works from the 1980s (see: the wildly popular Stranger Things). Thus, it’s only natural that it would finally get around to adapting Stephen King’s massive 1986 tome It into a feature film, even adjusting the story’s timeline so the action now takes place in the ’80s rather than the ’50s.

This temporal shift is just one of several smart changes made to the narrative. Although a prior adaptation of It—a 1990 miniseries starring the inimitable Tim Curry—is held in high esteem, rabid Stephen King fans won’t be disappointed with this new version’s unique attributes or its overall faithfulness to the source material.

Set in the fictional town of Derry, ME, the story follows the Losers’ Club, a group of seven foul-mouthed but lovable preteen misfits just starting their summer break. Bill Denbrough (Jaeden Lieberher) is doing his best to cope with his little brother’s disappearance, unaware that his sibling was taken by a sewer-dwelling, shape-shifting clown that feeds on the fear of its prey. When more children go missing, Bill and his friends band together to get to the bottom of the mystery, eventually realizing that they must confront their adversary head-on.

Interestingly, the supernatural terror of Pennywise the clown (Bill Skarsgård) frequently takes a backseat to the real-life horrors that the characters face every day. From brutal bullying to thinly veiled sexual abuse, from parental gaslighting to violent attacks, the film juxtaposes the kids’ unsettling personal struggles with Pennywise’s mayhem…oftentimes portraying the former in a darker, rawer way.

These scenes help flesh out the characters, making them seem like well-rounded, deeply human people whom we care about (something often missing from the horror genre). The dark subject matter and young age of the film’s heroes give the story a gritty feel, while also bringing out a sense of childlike awe in the audience—even if you weren’t a preteen battling a malevolent shape-shifting force in the ’80s, you’ll feel like you were after watching this movie.

Director Andy Muschietti chose to eschew the book’s narrative time jumps in favor of a cohesive, linear story focused solely on the characters’ childhoods (the full novel includes a second timeline in which they battle the monster again as adults). This decision sets the stage for a potential sequel (the end credits reveal that the film’s full title is It: Part I), while also allowing the picture to work as a standalone story. It could go either way—although this reviewer is desperately hoping for a follow-up.

The film successfully balances the vaguely reassuring with the hopelessly disturbing, all while building a world full of nuanced characters; it’s a feat of storytelling that will leave you feeling oddly uplifted and creeped out. Though it is a bit of a time commitment at 135 minutes, it’s well worth the investment for both horror fanatics and regular moviegoers.