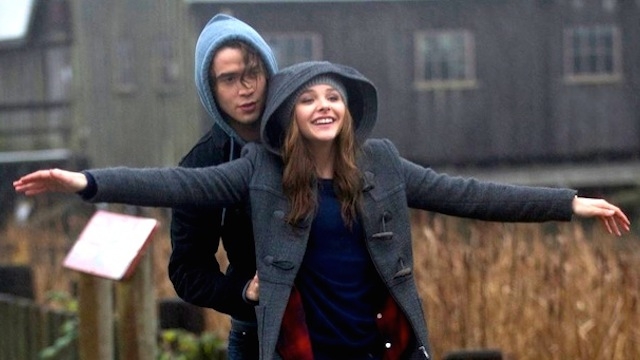 Based on the novel of the same name by author Gayle Forman, If I Stay is, like The Fault in Our Stars, an attempt to take young-adult romance back to where it was before it was taken over by vampires and violent, postapocalyptic dystopias. It covers familiar territory in which a teenage boy and a teenage girl fall in love and everything is awesome—until the Grim Reaper shows up to the party uninvited. Unlike The Fault in Our Stars, however, If I Stay elects to abandon bittersweet drama for a tone saccharine enough to induce a diabetic coma.

Chloë Grace Moretz stars as 17-year-old Mia Hall, a budding cello prodigy with Pantene hair and the best life in the entire world. Her impossibly hip parents (Mireille Enos and Joshua Leonard) encourage her to plan a college career based on what she wants most out of life, without letting their egos and concerns influence her decision. She has a cherubic little brother (Jakob Davies) whom she adores. Her boyfriend Adam (Jamie Blackley) is the lead vocalist in a band headed for rock stardom. Adam is good-looking in a way that’s edgy without being threatening, and he’s completely besotted with Mia. He is prone to grand demonstrations of love that include, but are not limited to, painting an exact replica of the ceiling inside the audition room of Julliard in her bedroom.

Well, almost everybody. Early in the film, a car crash leaves Mia comatose and claims the lives of her parents and brother. Afterward, she is stuck in an out-of-body experience: Her world becomes one of muted colors, a limbo where she will exist until she chooses to either follow her family into death or return as an orphan to the proverbial mortal coil where her boyfriend, cello, and grandfather (Stacy Keach) reside.

Moretz is the saving grace of If I Stay. While the material isn’t believable, she is. Moretz is an expressive young actress whose portrayals of joy, anguish, and confusion manage to evoke empathy. Had the movie been better made, she would have been skilled enough to convey the extreme ups and downs of life and the importance of the decisions we make.

However, her talent alone isn’t enough to save the film from its own relentless superficiality. Despite a seemingly endless barrage of scenes in which Mia looks pensive while she relives old memories or stands by the side of her own hospital bed as loved ones try to rouse her, If I Stay is terribly thoughtless for a movie about the gravity of our choices.