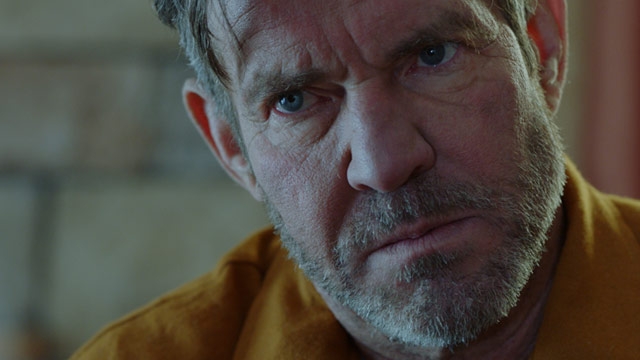 Not every tale of inspiration needs to be retold as movie, and when done poorly it can be insulting to the story itself. Documenting the rise of Christian rock band MercyMe—and more specifically, lead singer Bart Millard—I Can Only Imagine is about overcoming obstacles and following your dreams. The popularity of MercyMe’s double-platinum album Almost There rode on the coattails of its smash-hit single, “I Can Only Imagine.” The premise has the makings of a good film, but directors Andrew and Jon Erwin lazily assume that the audience will have enough prior knowledge of the band to care about MercyMe’s story. Characters are never properly developed, which results in an emotionally hollow journey about a song that has had the exact opposite effect on listeners. I Can Only Imagine does the bare minimum to cash in on the nostalgia of every MercyMe fan out there, while mostly ignoring what it takes to make an entertaining movie.

The film focuses on the resolve of young aspiring musician Bart Millard (J. Michael Finley). Born and raised in the small town of Greenville, TX, Bart was encouraged by his abusive father Arthur (Dennis Quaid) to play football. After a career-ending leg injury, Bart is forced into the school’s glee club to obtain an elective credit. His childhood love of music is rekindled, and he unexpectedly nabs the lead role in the upcoming production of Oklahoma. Bart becomes more immersed in the world of music, while his relationship with his father deteriorates even further.

As good as life after football is, Bart needs to get out of town. His turbulent relationship with his father is too difficult to deal with, and not even his longtime girlfriend Shannon (Madeline Carroll) is able to make him stay in Greenville. After graduation, Bart hits the road to pursue his dream of becoming a musician. Eventually, he meets an up-and-coming Christian band called MercyMe, as well as a grizzled talent manager (Trace Adkins). Although the band shows promise, their music just doesn’t feel authentic enough to land a record deal. Bart realizes that in order to become something special, he must go back home and face his fears—including his father.

The direction in this film is confusing, as the Erwin brothers seem to give everyone the minimum amount of character development and assume that the audience will fill in the blanks. It’s hard to feel any sort of sorrow for Bart, as his character is almost as unlikeable as his father. Barring a truly heartfelt montage toward the end of the movie, the Erwin brothers botch the handling of human emotion. Pair this with inconsistent camerawork, continuity issues, and manufactured drama, and the film comes out looking more like an episode of Degrassi than a major motion picture. Sometimes a movie with bad direction can be propped up by outstanding actors, but that isn’t the case here. Seasoned actor Dennis Quaid can barely turn in a believable performance, and the rest of the cast look uncomfortable in front of the camera.

Hollywood has no shortage of inspiring stories to share on the big screen, and I Can Only Imagine is just another drop in the bucket. Some will find great comfort in this film, and fans of the band will undoubtedly walk out of the theater with smiles on their faces. Unfortunately, I Can Only Imagine fails at conjuring an emotional response for the rest of us. Its Christian rhetoric may be attractive to its core audience, but to many viewers it will cheapen the actual hard work that Millard and MercyMe put into their music. As the movie points out, it took an entire lifetime to write “I Can Only Imagine,” and it’s a shame that the same amount of dedication could not be replicated in this film about the song.