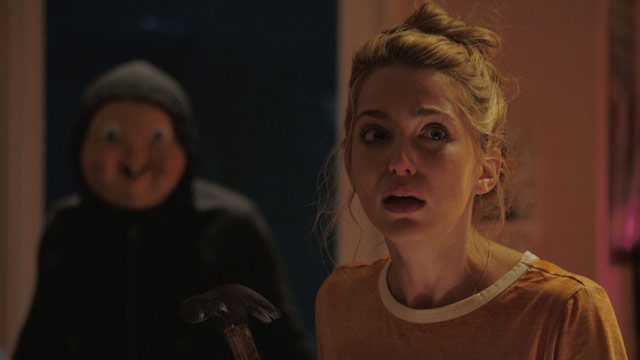 Most people who aren’t deeply entrenched in the universe of horror films are often unaware of just how versatile the genre is. Yes, it can be disturbing; yes, it can be disgusting; yes, it can be graphically gory enough to make your eyes bleed. However, it can also be hilarious and meta. For example: Happy Death Day. Appropriately being released on Friday the 13th (of October), Happy Death Day is the horror reboot of Groundhog Day that you didn’t know you needed. Even better than that? It’s completely self-aware, and doesn’t try to be anything more than what it is.

The story follows sorority mean girl Theresa “Tree” Gelbman (Jessica Rothe), who finds herself stuck in a nightmarish time loop as she relives the day of her murder over and over again, constantly trying to figure out who kills her so she can live to see tomorrow. Fun fact: The day of her death also happens to be her birthday. Every time that Tree is murdered, she wakes up in the same place -- the dorm room of her classmate Carter (Israel Broussard) -- and starts the day over with new knowledge regarding the potential identity of her killer (the perpetrator offers few clues as to his or her identity, since the assailant strikes while wearing a baby-faced mask of the mascot of Tree’s school). Meanwhile, her body still suffers the damage of every kill, rendering her weaker with each passing day and motivating her to solve her own murder as quickly as possible. She also experiences several revelations about herself, her life, and the company she keeps throughout her terrifying ordeal, which ultimately amounts to a hellish, Ebenezer Scrooge-like story of redemption.

There are a small handful of trite moments, and there is a point at which the audience might think the film is building towards a highly unsatisfying conclusion -- but those fears will most likely be assuaged by the twist at the end. At times, the movie’s over-the-top, meta humor is almost reminiscent of the Scream franchise, and it sneaks in a couple of quiet nods to Groundhog Day, its primary inspiration. While Happy Death Day probably won’t be winning any Oscars next year, it’s clearly not trying to -- the writing is light, the jokes are laugh-out-loud silly, the scares are startling, and its 90-minute runtime shows that it understands the importance of brevity and doesn’t overplay its hand. This film will certainly please all moviegoers (not just horror fans) who are looking for a quick escape and a few laughs.