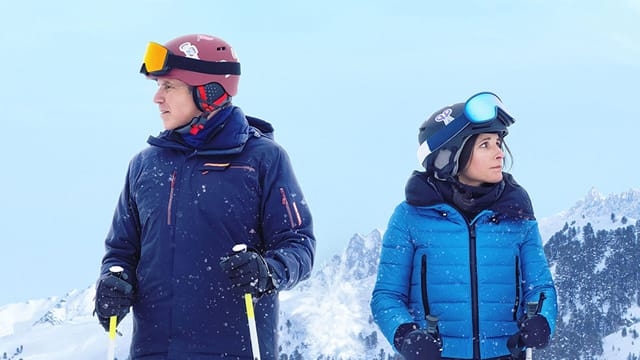 Downhill is the epitome of an ordinary comedy. In a remake of Ruben Östlund’s dark comedy, Force Majeure, co-directors Nat Faxon and Jim Rash slowly plod their way through their best interpretation of the original. There is nothing terribly wrong about Downhill, and it does succeed in driving home a few major points, but when it is all said and done, it just feels like wasted time. The uncomfortable nature of this Sundance selected feature is where it simultaneously shines and flounders. The subject nature is inherently difficult to watch, as a seemingly happy couple takes a family vacation to the Alps, only to find that their façade of a marriage is hanging by a thread. Co-stars Will Ferrell and Julia Louis-Dreyfus do an admirable job of making the audience dislike them, but then again, how many movies with obnoxious characters are actually enjoyable? There is a struggle layered deep within Downhill, balancing the ingredients of an amusing dramatic-comedy and the tragedy of toxic marriage, which don’t necessarily combine for the best experience.

Pete (Ferrell) and Billie (Louis-Dreyfus) take a family ski trip to the Alps, to cope with the grieving of Pete’s father’s recent death. When a controlled avalanche goes awry, Pete, Billie, and their kids are right in its seemingly destructive path. Without hesitation, Billie puts her head down and holds her children, as Pete reaches for his phone and runs away. When the snow settles, and the traumatic event leaves everyone relatively unscathed, the family is left to deal with the emotional aftermath of a father who runs in the face of danger, and the marital implications that may have.

Downhill’s greatest success is in its tone, a testament to the passable acting and cringe-inducing dialog. Ferrell and Louis-Dreyfus do a wonderful job in crafting annoying characters, Billie as the no-nonsense, my-way-or-the-highway control-freak, and Pete, the cowardly yes-man who abandons his family in a time of crisis. Their interaction seems all too real, and the nature of their relationship is eerily unnerving. Yes, they are an unpleasant duo, but completely by design. Couple this with a picturesque backdrop, highlighted by some impressive camera work and beautiful mountainous setting, and makings of a decent picture are there.

Nevertheless, the film fails in its overall delivery, really hampering the audience’s ability to feel anything for these characters. The story is bland, and the direction relies too much on the boring human conflict and poorly written script. A marriage is unraveling before our eyes, metaphorically rolling downhill at a rapid pace, and the audience is left to wonder if they even care. The entire movie feels like Faxon and Rash are trying to fit a square peg into a round hole, and one cannot help but think that Downhill was mishandled from the start.

By setting an awkward tone early on in its relatively short 86-minute runtime, Downhill never allows the audience to become emotionally attached to these characters; there is no one to root for, and there is no pay off when it is all said and done. Perhaps that is the point, as life and relationships aren’t always going to be a satisfying cake walk, but being a comedy, Downhill sure could have told us that in a more entertaining way.