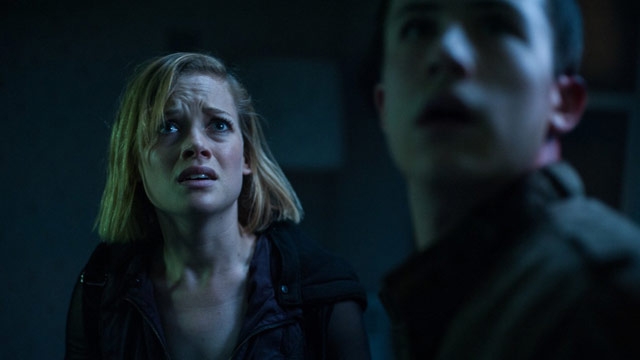 Judging from the previews alone, it is easy to tell that Fede Alvarez’s Don’t Breathe is not going to be your average, run-of-the-mill home-invasion horror flick. The plot is centered around Rocky (Jane Levy), Alex (Dylan Minette) and Money (Daniel Zovatto), three young burglars in Detroit. They are relatively sympathetic characters (with the exception of Money, who is quite the rude, irredeemable hothead), just kids down on their luck who are trying to make a living selling goods ransacked from homes that implement security systems installed by Alex’s father. Unsatisfied with the amount of loot that they are able to obtain this way, Money suggests that they rob the house of a blind veteran who is rumored to be sitting on hundreds of thousands of dollars. Alex is hesitant, as he knows that stealing such a sum of money would escalate the charges that could be brought against them, but they ultimately decide to do the job.

Once the trio get inside the house (which is no small feat, as the Blind Man has more locks than those provided by the standard security system -- surely in hindsight, the effort they had to use to gain entry into the house will be viewed as undoubtedly portentous), the movie begins its slow-building, gut-wrenching ascent into the stuff of true nightmares. Although the burglars manage to subdue the Blind Man’s bloodthirsty dog, all efforts to sedate the man himself (played expertly by Stephen Lang) are fruitless, and they find themselves locked into his house of horrors and left completely at his mercy -- and the mercy of his sharpened senses.

While the dialogue in the film is nearly nonexistent, the ominous cacophony of the score paired with bouts of silence (during which the audience can hear nothing but the characters’ breathing and movements) work in harmony to build organic, ever-mounting dread. The creative camera work plays up the film’s claustrophobic side, its unusual shots and angles reminiscent of James Wan’s recent endeavor with The Conjuring 2. This, in tandem with the scenes filmed in night vision, lend a chaotic feel to the movie, allowing it to touch on several different aspects of fear throughout.

Another interesting trait atypical of many home-invasion movies (as well as a departure from Alvarez’s last horror endeavor, 2013’s remake of Evil Dead) is the minimal gore content. This is not to say that there are no gross moments (there certainly are), but on the whole this anxiety-ridden, nightmarish whirlwind garners its R-rating from its highly manufactured terror quotient. Alvarez certainly keeps his audience on their toes -- while the film’s premise is simple and rooted in reality, its many plot twists are as complex as the villain at its core. At a crisp 88 minutes, Don’t Breathe is a unique, heart-pounding feat of genre magnificence that is not for the faint of heart.