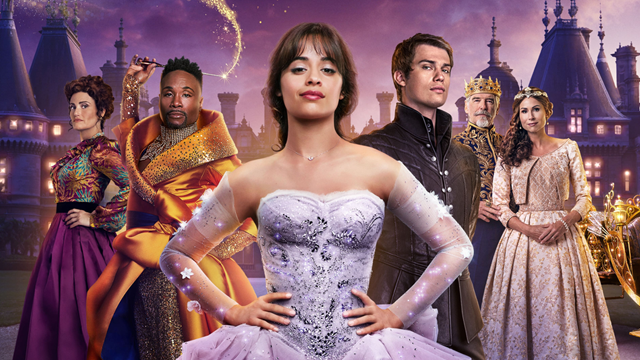 Cinderella is a modern film which updates a timeless fairy tale that has been adapted to the screen many times, captivating the hearts of audiences worldwide. In the 2021 version, Cinderella is a young entrepreneur who wants to make a name for herself. She unwittingly falls for Prince Robert through some unique circumstances that might just bring her closer to her goal.

Cinderella (Camila Cabello) is a young woman with big dreams. She desires to be a professional dressmaker in a time when a woman going into business is frowned upon. To make matters worse, she works out of a dusty basement and has to deal with a wicked stepmother (Idina Menzel) who actively sabotages her work, and two bratty stepsisters. When Prince Robert (Nicholas Galitzine) holds a royal ball to find his true love, Cinderella wishes to attend so she can capture the hearts of the attendees in her new gorgeous dress that she has created just for the occasion, and to promote her business. But after a vicious mishap with her dress, she gets more than she bargains for when Fab G (Billy Porter) transforms her and her three mice companions into magical versions of themselves, so they can still attend the ball. Now, Cinderella finds herself in a precarious position. When she meets the charming and handsome Prince Robert, who instantly falls in love with her, will she have to give up on her dreams to pursue him?

Written and directed by Kay Cannon (Pitch Perfect, Blockers), the unique singing and dancing style that has captured the hearts of teen audiences is mapped throughout Cinderella. Imagine if Pitch Perfect were set back in time, with medieval costumes, and you have this result – which works for the most part. The above average performances are elevated by plot that’s consistently worked to draw sympathy for the Cinderella archetype; so, despite itself, the movie manages to put on a good show.

It's interesting to see Idina Menzel, the voice of the smash hit Frozen, in an uncharacteristically antagonizing role, playing the wicked stepmother. She’s a dream crushing villain who proves that deep down she can use her icy powers for evil, as well. Camila Cabello and Nicholas Galitzine have as much romantic chemistry as is allowed in a PG movie – and it suits the storyline. The spectacle is really what elevates this film from average to pretty good. Lively beats at almost every turn hint at high production value throughout, and capture attention relentlessly. The magic and humor keep it from becoming exhausting, while the cute side characters manage to draw some attention away from an otherwise tepid storyline.

Cinderella is a classic because the bones of the story are good. In this frenetic, colorful and lively adaptation, there are more modern elements and very kid friendly humor and messages scattered throughout. A more mature audience will likely struggle with an overall trite and contrived plot and character arc, but the intended younger audience will likely resonate with the young angst permeating the film. The performances are authentic, including lively musical and dance numbers, and yet it moves along comfortably for the very tame ride that defines most movies of this genre.