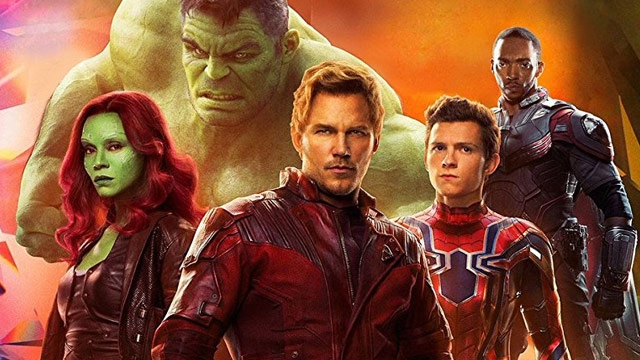 The current scope of the Marvel Cinematic Universe is extraordinary. Presenting an insane amount of star power, Avengers: Infinity War packs more style, action and humor into 149 minutes than any film in recent memory. Directed by the Russo brothers, it is almost unfathomable how they were able to corral the majority of the MCU, and make a passable, entertaining film. Unfortunately, flaunting around the likes of Iron Man (Robert Downey Jr.), Thor (Chris Hemsworth) and Captain America (Chris Evans) will only get you so far, as it seems that the creative minds behind Marvel’s Cinematic Universe have become complacent with their tried and true formula. Don’t get me wrong, the formula is wildly successful, and Marvel fans will adore the film, but “Infinity War” seems to be lacking a certain punch from a feature of this magnitude.

The film opens with Thanos (Josh Brolin), the universe’s most terrifying and powerful villain, searching for one of the six infinity stones. First appearing in 2012’s The Avengers, Thanos has made it very clear that he will stop at nothing until he acquires what he seeks. His only goal is to bring balance to the universe by way of mass execution, and the infinity stones are a means to that end. As the search ramps up, the universe’s many heroes scramble to band together and prepare for their most formidable opponent yet. The likes of Black Panther (Chadwick Boseman), Doctor Strange (Benedict Cumberbatch), Black Widow (Scarlett Johansson), Hulk (Mark Ruffalo), Star-Lord (Chris Pratt) and many more, come together to fight a common enemy.

On one hand, “Infinity War” thrives with the star power presented. All of these characters are well developed, popular figures that movie-goers have gotten to know over the years. On the other, the plethora of characters results in a lack of intimacy towards these heroes, and hinders the film from an emotional perspective. The story never feels unique to the MCU as a whole, and aside from a few must-see scenes, fans will mostly have a hollow experience. Screenwriters, Christopher Markus and Stephen McFeely, turn in an uninspired effort, banking on the Marvel lore to make up for their shoddy work. As mentioned before, the Russo brothers do an admirable job at pushing the movie along but fall victim to quantity taking precedence over quality.

The development of super-villain, Thanos, is where the latest installment of the Avengers shines. More complicated than initially thought, Thanos struggles with the balance between life and death. By offering up some back story and reasoning behind his madness, “Infinity War” does a wonderful job presenting Thanos in an unbiased light. By forcing the audience to consider his way of thinking, Marvel presents a polarizing moral dilemma that will make you appreciate the complicated villain as a character. Of course, the wonderful voice acting from Josh Brolin also helps cement Thanos as one of the most memorable movie villains of all time.

At the end of the day, Avengers: Infinity War plays out like any other Marvel film. Fans of the MCU will love it, and the naysayers will still have plenty of fodder to criticize it. One thing is for sure: “Infinity War” is the ultimate summer blockbuster. By not taking itself too seriously, and offering fans just enough to want more, Marvel Studios have once again made a hit. Whether this film stays memorable remains to be seen, but it will undoubtedly have a strong presence at the box office for the time being. The awesome scope of the MCU can be a blessing and a curse, and once the dust settles, “Infinity War” will probably be seen as “just another Avengers movie.”