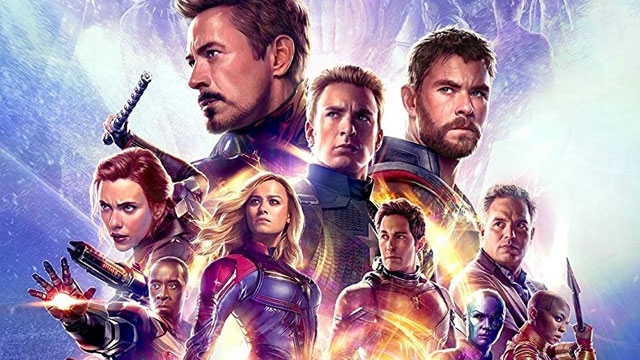 Directors Anthony and Joe Russo, along with writers Christopher Markus and Stephen McFeely, return to the Marvel Universe to finish what they started by giving us Avengers: Endgame. And while it isn’t quite as good as Infinity War, it is still a well-rounded tale that comes very close to the level of the prior film.

Thanos (Josh Brolin) has won the Infinity War, and with a snap of his fingers, half the life in the universe has been eliminated from existence. It seems that there is nothing the heroes can do until Ant-Man (Paul Rudd) shows up on the steps of the Avengers Mansion. In order to find a way to defeat Thanos and undo what he has done, the original six members of the Avengers, as well as the few other remaining superheroes, reunite in a desperate effort. But against the power of the Infinity Gauntlet, how can they hope to win?

The script opens with a bang, making sure you know what you’re in for. Unfortunately, it falters a little from there. There are comedic moments, and each one is spot-on, but as they often call for dialogue in some of the more serious times, they seem too lighthearted. Ultimately, it slows down the pace of the film for a while until the characters and script get down to more serious business. The deeper the characters get into the quest, the more appropriately dramatic the story gets, right down to an epic conclusion that is perfectly fitting for the final film in Phase 3 of the Marvel Cinematic Universe.

From the actors with the most prominent roles to those making guest appearances, each one played their role to franchise perfection. This is a sign of their continued dedication to the characters, but also a statement of the control the directors exerted in making this entry flow directly from the previous films in the series. Robert Downey Jr. as Tony Stark / Iron Man is particularly impressive, convincingly transforming himself as needed throughout the film. Jeremy Renner gives his best performance yet as Clint Barton, aka Hawkeye, while Chris Hemsworth is hilariously entertaining as Thor.

The action is hot and heavy, particularly in the intense battle near the end, but there aren’t any noticeable flaws in the flow of the special effects or CGI. There is a lot to see there, and even though there are a few scenes that are hard to keep up with, it never gets blurry – just crowded. Credit the cinematography for keeping the action mostly on-point.

Despite its early story flaws, Avengers: Endgame is extremely entertaining, with a memorable cast and script that delivers to audience expectations. It also leaves plenty of room to wonder what will happen as we step into the new game of the Marvel Cinematic Universe - Phase Four.