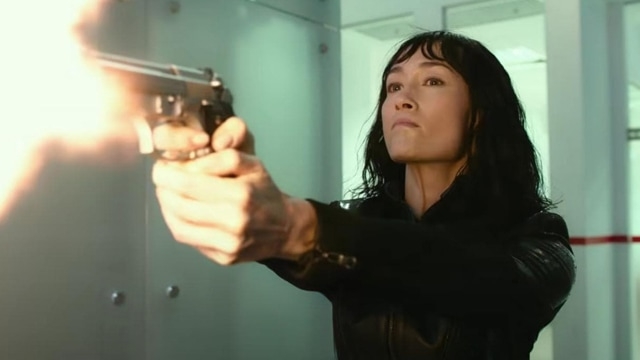 Martin Campbell’s latest high-action thriller is a nonstop race to the finish line, for better or worse. Very "Bond-esque" in its delivery, The Protégé plods forward with luxury and grace; that is, until the story falls off the rails. The film boasts a solid cast, and really does provide some engaging action, but when the credits roll, nothing memorable stands out. The Protégé is gruesome in parts, prioritizing gory finishing kills and shock value over everything else. At its core, the film is a revenge tale. Unfortunately, the audience doesn’t get to know the characters enough to care about the revenge.

Rescued as a child by Moody (Samuel L. Jackson), a renowned assassin who was finishing up a job in Vietnam, Anna (Maggie Q) watched her parents get brutally murdered before her eyes and grew up with a darkness inside of her; thus, she was a perfect student for Moody to take in. After 30 years of on-the-job training, Anna finds a perfect balance in her life. Her false sense of security suddenly unravels when everyone close to her is brutally murdered. As Anna takes on a new job, finding their killer, she runs into a plethora of baddies, including the sophisticated and evil, Rembrandt (Michael Keaton).

The Protégé is one of those movies that implodes as it goes on. There is a lot happening: gunfights, explosions, tension. But this is at the expense of any sort of real plot or character development. The main characters aren’t necessarily likeable, and viewers don’t really know much about them. The villains are even worse, as their cryptic motives never really seem intriguing, and the payoff comes across flat. It is a shame, because if Campbell and screenwriter Richard Wenk would just have taken a little bit more time developing the story, they could have delivered a great film.

The acting is totally adequate. No one stands out in particular, except for maybe Keaton's performance as Rembrandt. He is the only character that seems truly interesting, and The Protégé would have been better served to expand on his character a bit more. The film is at its best when the guns are out, the cast is being reckless, and everything is moving fast. There is a sense of flow to these scenes that Campbell navigates very well, it’s just too bad the rest of the film is so boring.

If you are walking into the theater expecting a mindless action flick, then it won’t be as disappointing. The Protégé never tries to be anything more, which it should be applauded for. However, the disappointment lies in the fact that after the 109-minute run time, nothing really stands out. The bones of a great assassin-thriller are here, but its lack of substance is ultimately The Protégé's downfall.