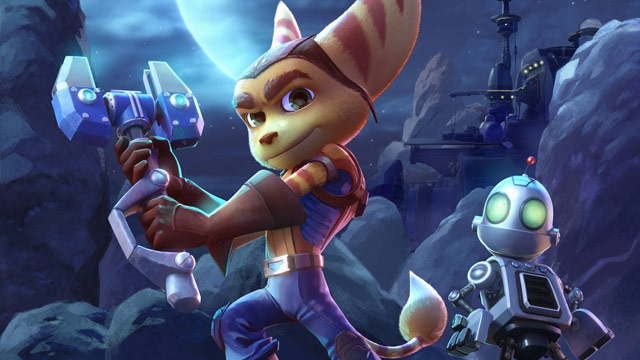 One of the most beloved video-game franchises of the PlayStation era, Ratchet & Clank, gets its own silver-screen adaptation in this animated adventure. Plucky young mechanic and “lombax” (a feline-like creature) Ratchet (voiced by James Arnold Taylor) dreams of joining the Galactic Rangers, an interstellar crime-fighting league based on his home planet, despite his boss Grimroth (John Goodman) discouraging his lofty goals. The Rangers are looking to recruit a new member when the maniacal Chairman Drek (Paul Giamatti, who’s really going for villainous roles these days) begins blowing up planets across the galaxy. Drek, his robot lieutenant Victor (Sylvester Stallone), and the crazed scientist Dr. Nefarious (Armin Shimerman) soon create an army of robot warriors to destroy the Rangers.

However, a power surge creates one defective robot in the army -- the pint-size and benevolent Clank (David Kaye) -- who then escapes from the evil lair and rushes to warn the Rangers of Drek’s plans. Ratchet discovers Clank after the latter crash-lands on his planet, and the duo are initiated into the Rangers after rescuing them from a sneak attack. The group’s pompous leader, Captain Qwark (Jim Ward -- Patrick Warburton must have been busy), is skeptical of Ratchet and Clank, but the three other Rangers (voiced by Rosario Dawson, Bella Thorne, and Vincent Tong) welcome the newbies. Together, they set their sights on defeating Drek and Nefarious and saving their solar system from imminent doom.

Directors Kevin Munroe and Jericca Cleland deserve credit for keeping the jokes flowing and the action breezy, even if most of the humor is aimed at a preteen audience. At the very least, it’s nice to see an adaptation of a kids’ video-game franchise that stays true to its roots: The space battles are well-paced and should hold the attention of younger viewers. Ratchet & Clank doesn’t take itself too seriously either, despite stuffing in the requisite emotional moments. The veteran voice cast handle the syrupy dialogue well, and the animation effects are adequate enough not to distract. On the other hand, parents will certainly be rolling their eyes at quips about texting and hashtags, and the entire story feels like an amalgamation of other recent animated flicks.

Considering the fact that the first Ratchet & Clank video game (which provides the narrative here) hit shelves in 2002, it’s tough to understand why this adaptation is happening now. The film tries to appeal to diehard fans by including a number of references to the series’ mythology, but the demographic aim appears to be off: The 13-year-olds who reveled in Ratchet & Clank’s irreverence and action in 2002 would be 27 as this big-screen reimagining hits theaters. It remains to be seen if there’s an audience still waiting for an adaptation of a 14-year-old video game, but either way, parents looking for a matinee outing for their young ones could do a lot worse than this.