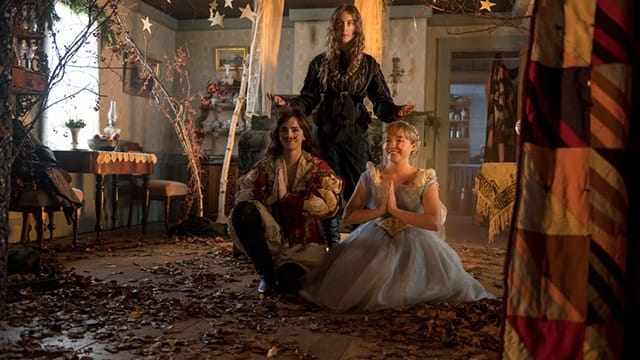 Little Women, written and directed by Greta Gerwig (Lady Bird), brings the classic Louisa May Alcott period piece to the big screen for the first time in twenty-five years.

Alternating between periods during and just after the American Civil War, Little Women follows four sisters – Meg (Emma Watson), Jo (Saoirse Ronan), Beth (Eliza Scanlen), and Amy (Florence Pugh). Each is navigating two perils: managing a home without their father present and coming of age in a time when women are, at best, humored. Each girl has goals, and while some achieve their dreams, others discover that these change as one matures, and they must come to grip with that reality.

Gerwig’s direction is solid, but the way she changes the time flow of the story seems misguided, taking away from the tale and potentially confusing the viewer. She chose to tell the most significant portions of the sisters’ history through flashbacks rather than chronologically. The back and forth creates a feeling of rushed elements with some roles feeling less developed and authentic. The difference is most evident in Jo, who retains all the hubris of the original character, but whose anger, a vital element of the story, is considerably toned down. Also lost, particularly in Meg, is the depth of the tragedies that signify their maturation from girls to women.

Where Gerwig shines is through the fantastic performances she pulls from all the lead and secondary actors. Ronan, Scanlen, and especially Watson fall into these period characters with ease. But Laura Dern, as the beleaguered mother of four girls, stands out whenever she is on the screen. The only exception is when she shares it with Pugh, whose portrayal of the initially petulant, self-centered Amy is extraordinary.

Many period pieces survive or fail on how well the costume and set designers do. If this were the sole thing to judge Little Women on, the film would be nearly flawless. From the everyday wear to the most stylish of Parisian design, the costuming is all but exact. The sets and scenery follow suit, whether it is a hovel with a family of six or a multi-story land baron’s mansion. Breathtaking cinematography enhances these, particularly several lingering long shots which take on the feel of masterful paintings that frame each moment elegantly.

Little Women is a strong, entertaining, but slightly flawed retelling of the classic Alcott book set in the beautifully recreated period during and after the Civil War. And while there are a few distracting things in this version, that should not prevent anyone from taking the little women in their life to see this story of empowerment, determination, and growth.