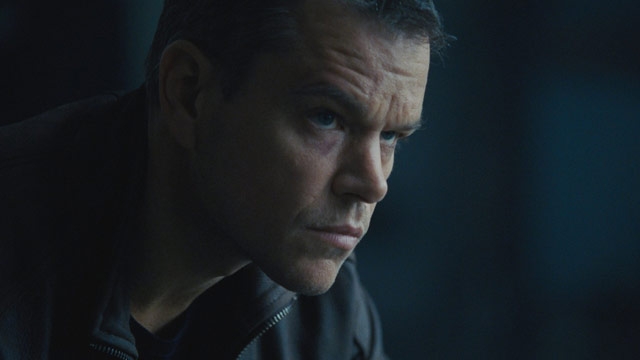 After a Matt Damon-less entry in the Bourne series (2012’s The Bourne Legacy), the actor is back in yet another big-screen adventure about Robert Ludlum’s most famous character. Paul Greengrass, who helmed the second and third installments of the franchise, also returns as both the director and (for the first time) a co-writer -- a pretty significant shift, given that this chapter, unlike previous offerings, isn’t based on Ludlum’s source material. After learning the truth about his past life as a top-secret government assassin, Jason Bourne (Damon) now lives off the grid as an underground fighter. However, he is forced back on the run when his old friend Nicky Parsons (Julia Stiles), who is being hunted by taciturn CIA director Robert Dewey (Tommy Lee Jones, the movie’s most on-the-nose casting choice), tracks him down to tell him about a rogue operation conducted by U.S. intelligence. What’s more, she has important information to share about the death of his father, whom Bourne believed was just a government desk worker killed by terrorists.

Dewey, like most of the CIA, believes that Bourne needs to be “put down” because he knows too much already, and that the rogue wanderer could ruin the agency’s latest venture if given the chance. Said operation, which would compromise the privacy and security of Internet users around the globe, is being aided and abetted by Aaron Kalloor (Riz Ahmed), an ersatz Mark Zuckerberg who serves as the CEO of an omnipresent social-media site. Meanwhile, new CIA hotshot Heather Lee (Alicia Vikander) hatches a scheme to bring Bourne back into the fold, believing that it would be better to recruit him as a teammate than deal with him as a constant threat.

Just like the series’ first three entries (which rank among the best action movies of last several decades), Jason Bourne revolves around propulsive fight sequences that are shot and edited in a hectic manner mirroring the protagonist’s chaotic existence; the scenes of clipped, terse dialogue and technical jargon mostly serve as connective tissue between thrilling stunts, punches, and close calls. The film boasts a number of stunning chases and duels (including an epic sequence on a motorcycle and a SWAT vehicle-enabled getaway) that recall some of the best action moments from its predecessors.

Unfortunately, it often seems like the actors themselves are merely going through the motions as they retread the subject matter of the original trilogy. As a result, Jason Bourne lacks the compelling urgency and disorientation of the previous films, ultimately feeling just as boilerplate as Jones’ authoritarian villain. The extraordinarily talented French thespian Vincent Cassel (maybe best known for his work in Black Swan) is highly overqualified for his role as the brusque hitman instructed to eliminate Bourne, since his dialogue mainly consists of one-word responses to Dewey via an earpiece. And Damon, one of the most respected actors working today, is asked to do so little as Bourne that Jean-Claude Van Damme or Steven Seagal could have played this version of the character in one of their countless popcorn flicks during the ’80s and early ’90s. There’s no real sense of nuance here: The movie lays on the government-as-villain angle so thick that the story feels like Rambo in the age of Edward Snowden.

The early Bourne films forced the protagonist to do some soul searching as he peeled back the layers of his own past, and if the next installment returns to that kind of self-reflection, Greengrass and Damon could have another classic on their hands. When viewed purely through the lens of a crowd-pleasing blockbuster, Jason Bourne is a solid movie that will appeal to action aficionados, but viewers looking for another subversive thriller that combines fighting with real intrigue won’t be as satisfied.