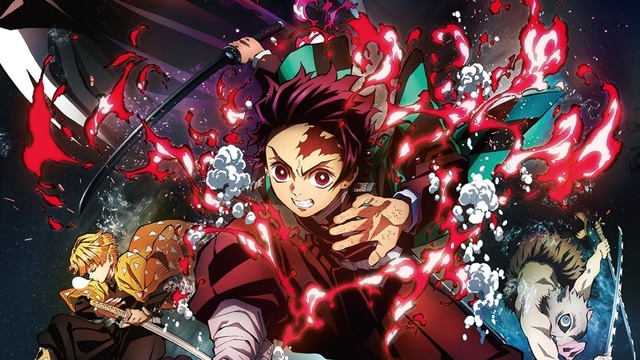 Directed by Haruo Sotozaki, Demon Slayer: The Movie: Mugen Train is a direct sequel to the anime television series Demon Slayer: Kimetsu no Yaiba. It follows Tanjiro (Natsuki Hanae), Nezuko (Akari Kitō), Zenitsu (Hiro Shimono), and Inosuke (Yoshitsugu Matsuoka) as they meet up with Kyojuro Rengoku (Satoshi Hino) to accompany him on a mission to hunt a demon that has killed many fellow demon slayers. After they board, they realize that there is no need to travel because the demons are on the train itself.

As someone who found this movie to their entry point into the Demon Slayer franchise, this movie is very accessible and able to stand on its own merit in terms storytelling, animation, and action. The rules of this universe are not clearly stated beforehand, but rather viewers are explained the stakes through dialogue and are able to infer that Demon Slayer Corps is an organization tasked with saving humanity from demons.

Kyojuro Rengoku is a Flame Hashira who is must lead this mission and agrees to take on Tanjior, Zenitsu, and Inosuke as his apprentices. Eventually they are put into a deep sleep by Dark Blood magic and made to have pleasant dreams so that they would not want to leave Enmu (Daisuke Hirakawa), a lower ranking Demon. From here, the story kicks into an even higher gear.

There are many things to like about this movie. The animation is superb, implementing CGI within 2D animation that provides a whole layer of depth that is somewhere between the second and third dimensions. Here they use this to full effect, and it enhances the scenery and at some points feels immersive. Another aspect of this is the action which is reminiscent of style and sequence found in Dragon Ball Z. The action is fast, loud, and explosive. The animation and action go hand in hand because in this universe using such elements is essential and those elements provide such vibrant and illuminous colors that make the visuals pop off the screen. Lastly, the dialogue and monologues really help move the story along. There is a mix of seriousness and levity with the dialogue. It adds a sense of emotion throughout the movie while never undercutting itself when a funny line is uttered. Especially important are the monologues; they give the characters a sense of self and serve viewers with a nuanced understanding of the characters’ actions and emotions.

For fans of Demon Slayer the TV series, this film is right up their alley. And even for those who are coming into this movie blind, this is quite an experience visually. The characters, animation, visuals, and storytelling set the tone in the anime feature film, leaving the audience wanting more.