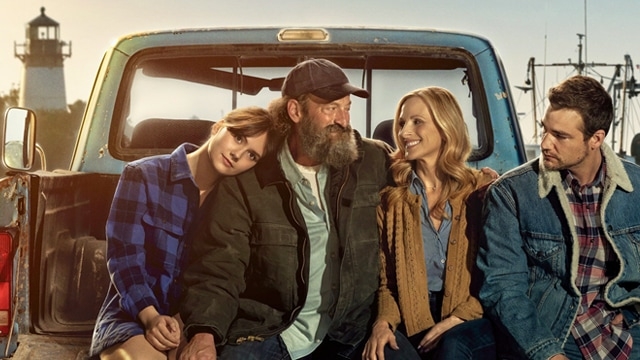 CODA (Child of Deaf Adults) is a unique and engaging coming-of-age tale, masterfully written and directed by Sian Heder. Heder is able to weave in components of multiple genres (drama, comedy, music), all while providing one of the most down-to-earth and engaging pictures of the year. The film tackles some tough issues, and even tougher family dynamics, that will be foreign to much of the audience. Pair this story with a charismatic cast and some brilliant acting, and CODA really shines. There are some short scenes where the film drags, and maybe one or two characters that feel out of place, but that feels like nitpicking. The wonderful direction coupled with this cast alone makes CODA a must see.

Ruby Rossi (Emilia Jones) is the child of deaf parents, and a sibling to her deaf brother. From the moment she could speak and sign, Ruby was the family interpreter. Trips to the grocery store, the doctor's office and even the family's livelihood, fishing, where all made infinitely easier by Ruby's effort. Her parents, Jackie (Marlee Matlin) and Frank (Troy Kotsur) rely on her for almost anything that involves communication. Leo (Daniel Durant), Ruby's brother, is a little more independent and feels a sense of self-deprecation any time Ruby steps up to help. With almost no free time for anything, Ruby decides to takes up singing, and starts to take lessons from her school choir teacher, Mr. Bernardo Villalobos (Eugenio Derbez).

There is so much going on in this film that it is a wonder that Heder can make it flow so smoothly. Every scene carries the weight of Ruby on its shoulders, and Jones' impressive performance helps relieve the pressure bit by bit. There is an overwhelming amount of responsibility placed on the high school senior, and Jones handles Ruby's burdens with class. After watching CODA, it is hard to imagine anyone else playing that role. The rest of the cast is great too, helping drive home the family dynamic that feels so real throughout the film.

The writing in CODA is a perfect blend of drama and comedy, and again, naturally makes you root for Ruby. Every scene is easy to digest, but you never know when it is going to pack a punch. Heder's success is in the film's accessibility, never trying to be pretentious or something that it isn't, all while offering the audience something real to think about. Certain characters can be both maddening and endearing, like the strict Mr. Villalobos, or Jackie, who comes across as a loving mother but also extremely selfish. There are many interesting character dynamics in play here, that serve as a cluttered metaphor for Ruby's mind. Life is not easy, but she never complains and acts as selfless as one could.

Clocking in at a perfectly paced 111-minutes, CODA is well worth the time. Apart from a couple quick scenes that the film could have done without, Heder's latest tells an intriguing story that will captivate many. Although this film is packed with incredible direction, storytelling and acting, it is Jones' performance that takes the cake, as she elevates the film all on her own.